British Cycling’s Chris Boardman has released a video entitled ‘Who are cycle lanes for?’ ahead of his appearance before the Get Britain Cycling inquiry led by the All Party Parliamentary Cycling Group. Watch Chris' video and share your poor cycle lane pictures and videos.

A short journey from British Cycling on Vimeo.

The Parliamentary inquiry is looking into the obstacles that are preventing more people from taking up cycling.

“We need to start asking ourselves questions – big ones like ‘what do we want the places in which we live to look like?’ and smaller ones like: ‘who are cycle lanes for?'"

The video, shot on a road near his home, highlights the need to support the growth in cycling – at elite and grassroots level – with better provision for people who want to use their bikes to get around.

World champion and gold-medallist Boardman, who has been heavily involved with British Cycling’s Olympic programmes since retiring from professional racing, said: “We need to start asking ourselves questions – big ones like ‘what do we want the places in which we live to look like?’ and smaller ones like: ‘who are cycle lanes for?’

“When we consider questions like these, I think the answers will lead us in one direction: we need more and better provision for people who want to travel by bike.

“When we have that, our towns and cities will be better places in which to live. It needs investment but the costs, of poor health caused by inactivity which are currently £4billion annually, mean the potential savings are huge.”

As part of its submission to the enquiry, British Cycling is calling for cycling to be placed at the heart of transport policy and designed into infrastructure from the start.

Martin Gibbs, British Cycling policy and legal affairs director, said: “We’re truly world class in sporting terms and more and more people are riding bikes but to make a step change in every-day cycling one of the decisions we need to make is that cycling will be built into our transport infrastructure and policies.” 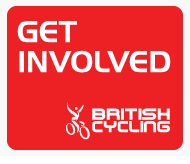 Send us your videos and images of poor cycle lanes where you live.

If there's an example of badly designed, piecemeal or just plain dangerous cycling infrastructure where you live please share it with us by taking a picture or a short video clip and sending it via:

Email: send your images or video links to editor@britishcycling.org.uk with 'Who are cycle lanes for?' in the Subject line, or

Twitter: by sharing a photo or video link on @britishcycling using the #whoarecyclelanesfor hashtag

NB: If sharing a video, please upload it to Vimeo or YouTube and send us the video link.

Above: YouTube user TwoWheeledTank has produced this highly amusing video from Horsham, which raises a serious point. Even though facilities abound on his 1.5 mile commute, they're confusing, ill conceieved and inconvenient.

Above: This video submitted via Twitter (using the #whoarecyclelanesfor hashtag) demonstrates that it's not only the lanes themselves that are the problem - drivers' disregard for them is also a big issue.

Above: A cycle path in Wantage submitted by YouTube user David White.

Above: Conditions on Kilmarnock Road, Glasgow, sent in by 'freeyourinnertube'

Above: A couple of snippets from Simon George's commute from London to Southend.