The Highways Agency is responsible for the strategic road network and has been tasked by the government to ‘cycle-proof’ Britains roads. Matt Sweeting is Regional Divisional Director for the North West and is also the national strategic lead for cycling. 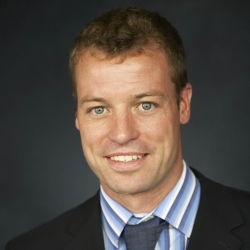 Matt is responsible for overseeing cycling projects including junction improvements, updating design standards and rolling out training to engineers so they know how to build roads fit for cycling.

We caught up with Matt to learn more about the man tasked with leading on cycle-proofing Britain's roads.

1. What is your vision for cycling at the Highways Agency?

We manage motorways and trunk roads in England and we’re keen that our network does not present a barrier for cyclists. Our trunk roads are very busy so we need to segregate cyclists from traffic. Cyclists aren’t allowed to use motorways, but it’s important that they don’t cause a barrier, so we need to provide safe crossing points.

So, my vision is that the Highways Agency sets the standard for highway authorities to provide cycling facilities where needed, and that future changes accommodate cyclists’ needs. We can achieve this through investing wisely in the road network and by making sure our highways engineers are properly trained and have the right guidance.

Ultimately, success would be that more people choose to cycle as a mode of transport, and we have a growth in cycling similar to that seen in countries such as the Netherlands and Germany.

3. Where have things gone wrong in the past?

I don't think things went ‘wrong’, but the focus for cycling has changed in recent years. This is due to the good work that many campaign groups have done to promote cycling as a healthy and sustainable form of transport. The success of British road and track cyclists in recent years has undoubtedly been a significant catalyst, and now is the right time to capitalise on this and bring about a cycling revolution.

4. Why is updating the Design Manual for Roads and Bridges important for cycling?

The Design Manual for Roads and Bridges contains the standards that all motorways and trunk roads are built to and these standards are sometimes adopted by local authorities as best practice. We need to make sure that the cycling standards are crystal clear so that road designers consider the needs of cyclists.

We are reviewing the manual, and will be paying particular attention to the section that encourages designers to think about all non-motorised users from the very inception of road improvement schemes.

5. How will a new training programme for engineers help new roads being built with cycling in mind?

The training will make highway engineers more aware of the needs of cyclists, and encourage them to ensure that they design a road environment safe for both cyclists and motorists. We need to ensure that designers are thinking about cycling from scheme inception – either by providing segregated facilities or making sure the design doesn’t present and hazards or difficulties for cyclists.

I am yet to meet a highways engineer who doesn’t agree that this training is required.

6. Can you point to a good cycling facility on your network and say why it works?

A personal example is a set of facilities on the A556 and A49 close to Northwich, which the Highways Agency installed before we handed the roads to the local authority.

Cyclists are fully separated from the road, and the paths connect the where I live to shops and other amenities, off-road cycleways and the national cycle network. I use them on my road bike when I’m training and with my children for weekend rides or to get to the local swimming pool.

They work because they’re fully segregated from busy roads and connect the place where I Iive to the services my family and I want to use. I don’t really live close enough to the HA network to use other facilities frequently, but I have used our segregated facilities along parts of the A590 and A595 when holidaying in and around the Lake District with my family.

7. Can British Cycling’s members help you identify priorities for the network?

Yes. We’re keen to find out where we could improve our network to encourage more people to cycle. A key strand of our new approach to cycling is that we are considering locations where cyclists would like to ride, but currently consider it unsafe to do so. We have used the wealth of information provided as part of the "Get Britain Cycling" campaign, but this data is getting a little dated now so we are keen to gather new thoughts from the cycling community.

8. Your chief executive is a keen cyclist, has this helped you in your role?

Having a really supportive chief executive certainly helps. Graham Dalton is a different type of cyclist to me, and every time I go to London and stand on crowded tube trains I'm pretty envious of his Brompton. I’m tempted to buy one myself, but my wife is clear that another bike would cost me a divorce!