Rebecca Raybould rode to her first world title in Aigle with a powerful performance in the women’s scratch race.

Matt Walls brought home his second medal of the championships, with a silver medal in the men’s points race.

Rebecca Raybould rode to victory in the 38-lap scratch race after making a well-timed break off the front of the pack and holding her form for over 10 laps, as she was chased down by the rest of the field.

The world title caps off a successful fortnight for the young rider who won two bronze mdals in the team pursuit and points race in Montichiari last week.

“It hasn't really sunk in yet!" said a delighted Raybould.

"I was just going as hard as I could because I saw the Canadian coming at me very quickly on the last lap. I didn't know I had won it until a few metres to go.

"I thought 11 laps was a bit early but I thought I'd just take the chance and try and get there - I'm so happy!"

Matt Walls raced for Great Britain in what became a calamitous points race, as two groups of riders crashed within a lap of each other. Walls capitalised on the chaos, snatching a lap as the field was in disarray to climb to third place in the standings.

With a further two points from an intermediate sprint, Walls finished in third position with 44 points. However Wen Chao Li, who was originally given the gold medal, had 20 points deducted, winning the bronze instead, while Walls was awarded the silver medal, after it emerged that Li had been credited with a lap he did not take. 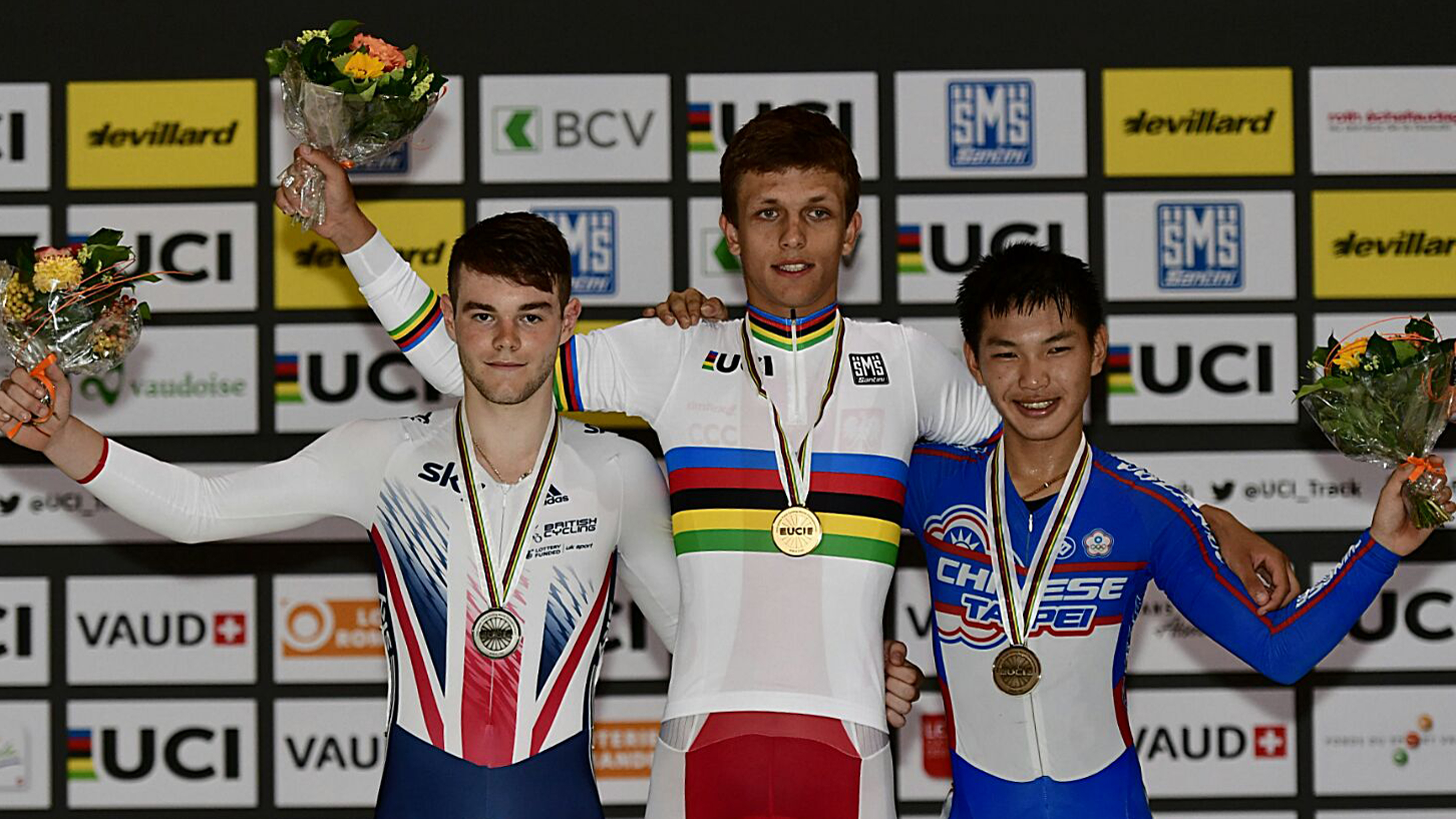 “It was a hectic race, pretty much full on the whole time; I dug deep and managed to come out with second,” said Walls.

“We all found it tough - there was a big crash behind me so it was quite chaotic; I took the chance and managed to get the lap.”

Fred Wright was the British representative in the men’s omnium and left himself in a strong position going into the second day of racing.

Wright secured fourth spot finishes in the scratch race and elimination race and fifth in the individual pursuit, leaving him in fourth place overnight.

Sophie Capewell was the eighth fastest qualifier with 11.447 in the opening round of the women’s sprint.

The British sprinter went on to beat Daniela Colilef of Chile in the 1/16 round and Australia’s Tahlay Christie in the 1/8.

Capewell was up against Hetty Vande Wouw in the quarter-finals. Despite appearing to win her first heat, Capewell was forced to re-start the race, after the Dutch rider became unclipped from her cleats. Van de Wouw profited from the re-start and won the heat.

It was victory again for Van De Wouw in the second heat, sending her through to the semi-finals and Capewell to ride off for the lower place and finished in eighth place.

The British rider lost her race with Italy’s Martine Fidanza, a silver medallist in the team sprint earlier in the week.

Alex Jolliffe was the 18thof 38 riders to go in the 1km time trial and set the eighth fastest time of the competition so far and eventually finished in 23rdposition.

Lewis Stewart rode himself into 13th position in the standings during his time trial and finished in 21st place overall.

The event was won by Stefan Ritter of Canada, who had to nervously watch 17 riders follow him onto the track and try to wrestle the lead from his grasp, before he could celebrate his world title.

Jessica Roberts and Emily Tillett rode in the women’s individual pursuit. Roberts, already a silver medallist in the points race, finished in the 12th position overall and Tillett in 19th.

The qualifying round was dominated by Russia’s Maria Novolodskaya, who set a new world record of 2:22.410 and went on to take the gold medal. 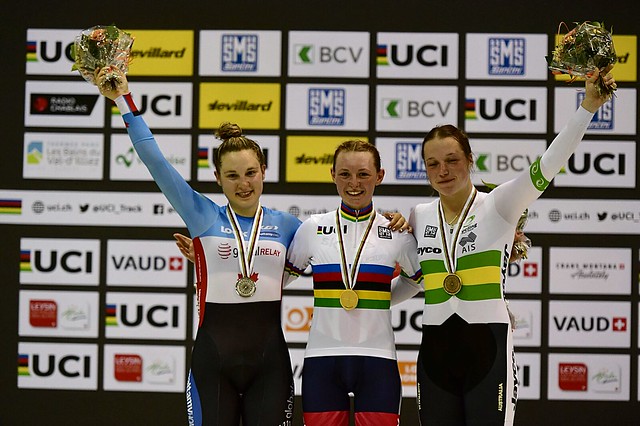