Harris got the better of 2014 silver medallist Pavla Havlikova of Czech Republic on the final lap, gapping the Czech on a steep technical descent to secure a repeat of her 2014 result in Lorsch, Germany. 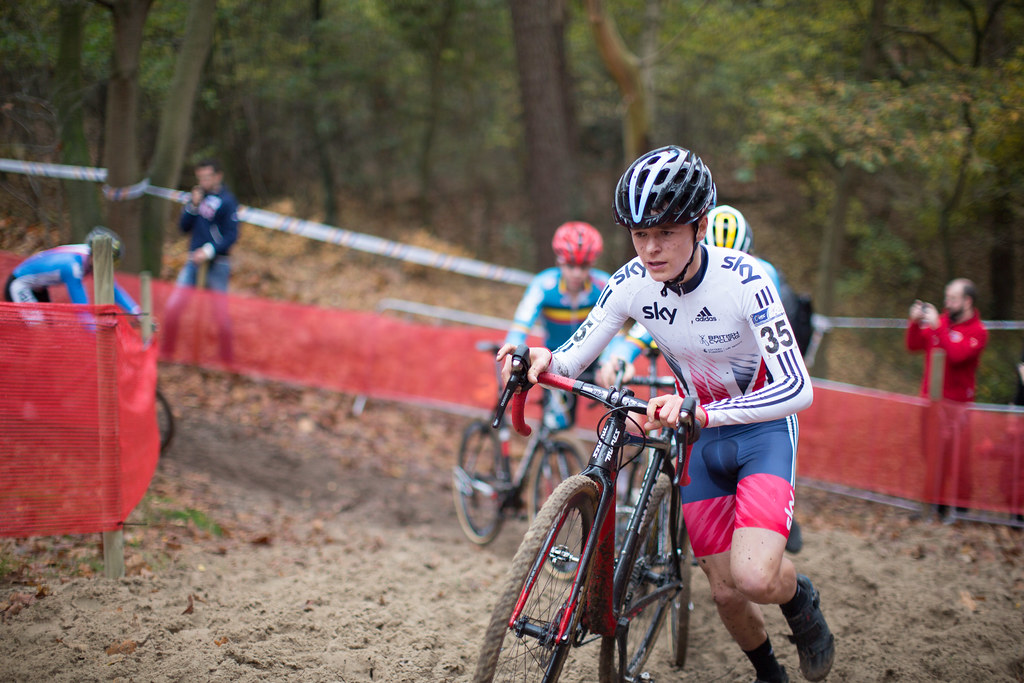 Wyman slipped back on lap two as Pavlikova and Cant motored on, Van Loy and Harris trying to stay in touch, soon joined by Verschueren.

Had a good start. That's the good news. Congrats to sannecant on a back to back championship win. https://t.co/M1HgOIpRAC

As the race progressed, Cant began to open an advantage as Verschueren bridged to Pavlikova, leaving Van Loy and Harris in a battle for fourth place.

But Harris had paced her effort well, dropping Van Loy and closing in on Pavlikova to battle for bronze, the 28-year-old Briton eventually making the decisive move on the heavily-rooted inside line of a descent that many opted to run, going on to distance the Czech and secure the medal.

“The last two times I did it when I had the space I could do it. It brought back maybe ten more seconds every time,” Harris told cyclingnews.com.

“I’m a little bit sad because I crashed in the first lap. It immediately put a gap between me and the girls in front. I had to chase.

"The last two laps I was really feeling good. I was coming back fast but Sanne was already gone. There was no chance to catch her. Maybe I needed two more laps”.

Building up quite a collection here ! For the 4th year in a row I've finished on the podium at the… https://t.co/2WCjm0jKkc

Earlier Beth Crumpton was the best of British in the under-23 event, claiming 13th place as Femke Van Den Driessche of Belgium took the title. Amira Mellor was an impressive 20th while Hannah Payton took 22nd.

13th today @ europeans after a crash hold up & lots of chasing! Happy with that after a bit of a cold tho, now Durham tomorrow

Action in Huijbergen began with the junior men’s race, which saw a superb performance from current National Trophy leader Tom Pidcock, who finished eighth as Jens Dekker of the Netherlands took the European title.