Trott successfully defended her omnium title in a dominant performance to collect her third gold medal at the Velodrome Suisse after success in the team pursuit and scratch race.

The victory was the 23-year-old's tenth European title.

Archibald, also part of the team pursuit squad, won the individual pursuit before returning to the track to triumph in the elimination race and like Trott seal a hat-trick of gold medals.

Bronze for Ciara Horne in the individual pursuit confirmed an excellent championship for the women’s endurance squad. 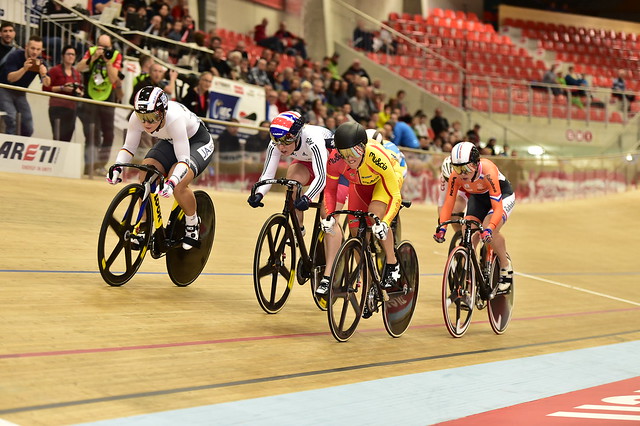 "For me that's my tenth European title so I'm super happy with that,” Trott said.

“It's just been great. I absolutely love the Euros. I did it from the very first one in 2010 and I've been a European champion in every one I've competed at, which I guess is quite lucky. So yeah I've really enjoyed this whole week of racing."

“I think you’ve got to go in imagining you’re going to win. You don’t imagine celebrating or anything like that but you think of the best outcome and how you can get to it.”

"Pretty happy, pretty sweaty. All the things you'd expect." The one & only @_katiearchibald on #EuroTrack15 triple. pic.twitter.com/SIQrFkhMo6

Leading the omnium after three events, Trott was second in the 500m time trial before winning the flying lap to open up a 34-point lead over Denmark’s Amalie Dideriksen.

Trott then added 35 to her tally in the points race to secure victory by 36 points.

Archibald qualified fastest in the individual pursuit with a time of 3:31.959 over 3000m to set up a final against France’s Elise Delzenne.

And she defended her title with a commanding ride in 3:32.832, nearly five seconds faster than Delzene.

Welshwoman Horne, another part of the winning team pursuit squad, overcame German Mieke Kroger by a second for bronze.

“Really happy with my ride. It was a personal best in the final, paced it really well and a bronze medal. My first ever international individual medal so I’m really happy with that ride.”

In the keirin, Jason Kenny and Katy Marchant both went out in the second round of the men’s and women’s events respectively.

Matt Crampton exited in the first round repechage of the men’s event as Vicky Williamson crashed at the same stage of the women’s competition, fortunately suffering no serious injuries.