Whether you can safely use a carbon bike on a turbo is a perennial question and always a topic of hot debate on cycling forums. We get a definitive answer from Cervélo composite engineer, Richard Matthews.

Are people right to worry about using their carbon bikes on a turbo?

Riding a bicycle fixed in a trainer imparts very different loads on it compared to riding on the road.  In the latter case, the bike is allowed to move side to side, on an angle. Generally, this angle increases with the amount of power that the rider is putting out and is obvious when watching a video of the sprint finish in a big race. On a turbo trainer, a rider may be able to put out the same amount of power, but the rear wheel is locked vertically and not allowed to move side to side. This puts much higher stresses on the frame than normal riding. The industry standard ISO tests only specify testing a bike in pedalling fatigue (simulating long use with high pedal forces) with rotation at the rear wheel. This test is good for simulating real world conditions but is unable to replicate most trainer load cases. For this reason, many bicycle manufacturers specifically disallow the use of their carbon fibre frames in trainers. 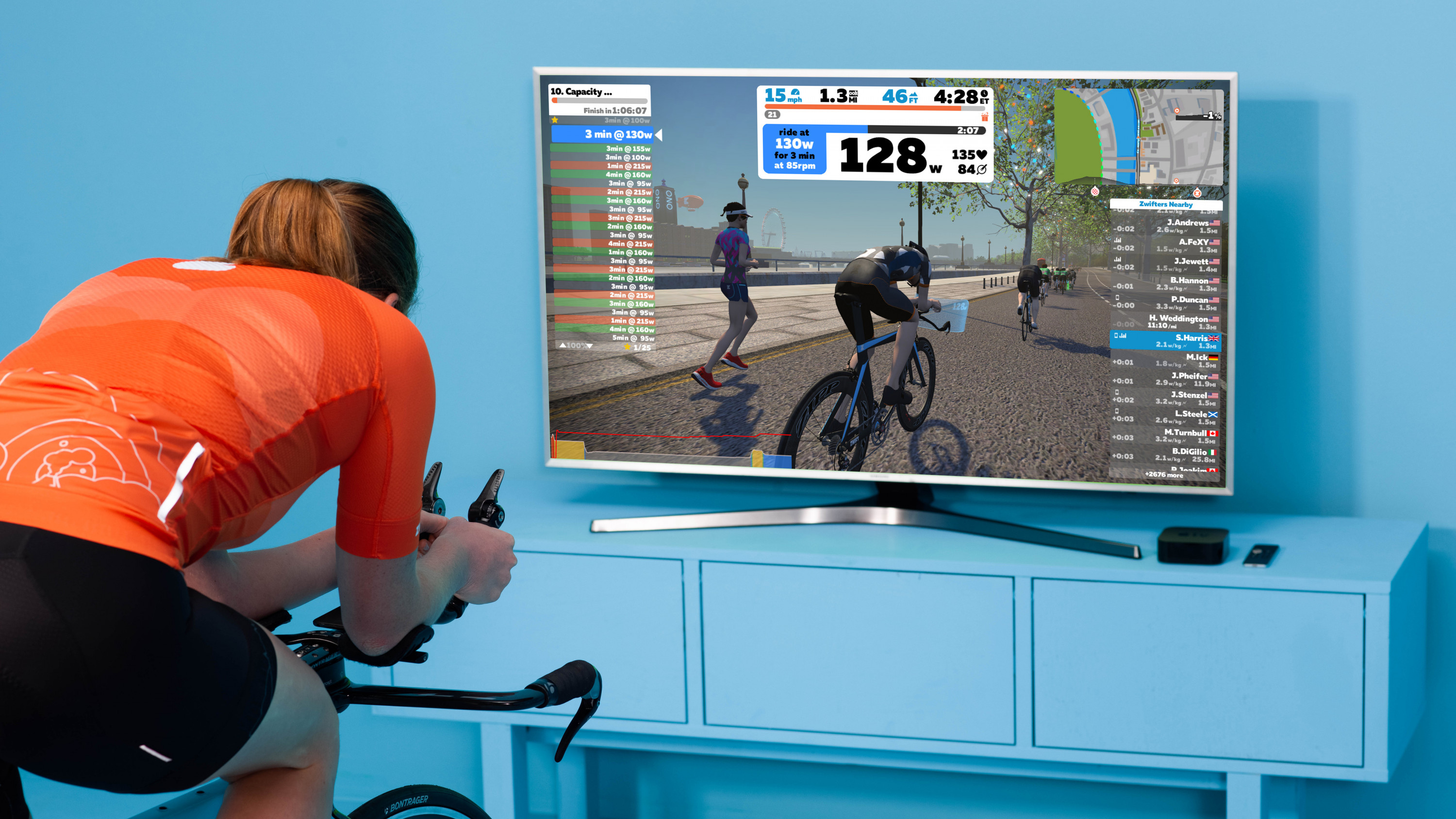 What about Cervélo frames?

In Cervélo’s case, we permit the use of all of our frames in fixed trainers. We have developed our own specific tests, beyond the ISO standards, which fix the rear wheel and test pedalling fatigue. In fact, in the case of the new P5X, we were concerned about the use of this bike in a trainer as the frame has no seat stays or seat tubes to help support the load. We actually tested a frame to over 1 million cycles in our fixed frame test – 10x the ISO standard, with no damage. This type of extensive testing gives us the confidence to allow all our customers to use their bikes in trainers without voiding their warranties.

Am I better off using an alloy frame?

While use in a trainer does increase the stress in a frame, the method of failure we normally expect to see is fatigue failure - which is where small amounts of microscopic damage build up over time until the frame breaks. In general, carbon fibre materials are much more resistant to fatigue failure than most other alloys, in particular aluminium. In reality then, carbon fibre bikes should be less susceptible to failure in a trainer than aluminium bikes.

Any other tips for safe use?

One last thing to consider is mounting and general handling of a frame. Some carbon frames, especially high performance light weight ones, may have less strength in non-typical load cases (clamping around the top tube in a stand or impacting a seat stay). Care should always be taken when mounting a frame in a trainer. In particular, you should never try and move a trainer with a bike mounted in it. This is bad practice and not something the bike is designed to withstand.

All of of 2020 Training Plans are hosted on TrainingPeaks and are fully smart trainer compatible.

The winter can be the ideal time for cyclists to hit the gym in order to reap performance and injury prevention gains come the spring.

With four Pace Partners now tapping out their tempos on the roads of Watopia, you can always find an informal group ride at the pace you want.

Time to take a break?

Despite the lack of racing and other events this summer, we’ve seen that many riders have still been pushing the mileage, racing on Zwift and are hitting this time of the year in better shape than ever before. If this applies to you, the temptation can be to press on and build on your newfound fitness but, with a long winter looming, taking some time off can be restorative for mind and body, help to prevent burn-out and result in a more consistent and productive winter.

The key to success all comes in the preparation

We can help you improve your cycling fitness, recovering after rides and plan for performance.

Avoiding stomach problems on the bike

Training for an uncertain future

Recover from your cycling

Back and lower body mobilisation routine