A look ahead to the weekend's big BMX event in Birmingham 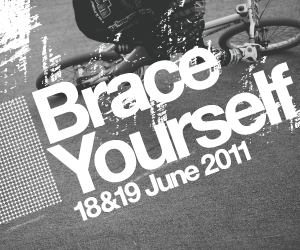 Just days after being officially opened by The Lord Mayor of Birmingham and three times BMX world champion Shanaze Reade, the Perry Park track will host two rounds of the European Championships.

And the event, which will see competitors from across the continent going head-to-head for two days of high-speed action, kickstarts an exciting 12 months for Birmingham BMX fans.

Next May the 2012 UCI BMX World Championships will be held at the National Indoor Arena, as the world's top riders fine-tune their preparations for the Olympic Games.

Looking ahead to this weekend's action, Birmingham City Council Cabinet Member for Leisure, Sports and Culture, Cllr Martin Mullaney said: "Birmingham is proud to be hosting this event for the first time at this fantastic brand new facility. We look forward to welcoming our European competitors and wish them every success in the competition.

"We hope this exciting event will inspire many of them to return to Birmingham for the 2012 UCI BMX World Championships, which will take place at the National Indoor Arena, a few weeks before the Olympic Games begin."

British Cycling' Event Director, Jonny Clay said: "After months of hard work from Birmingham City Council and British Cycling, we're excited to see some of the World's best riders descend on Perry Park and compete on a track that is of world class standard.'

Three times world champion Shanaze Reade added: "The European Championships are just a little taste of the top class BMX racing coming to Birmingham over the next 12 months and the track at Perry Park is the kind of place that could help us find the next generation of BMX superstars from the UK."

Tickets will be available on the day with prices starting at just £7 for children (under 6s are free) and £10 for adults.

For more information on the upcoming rounds of the European Championships in Birmingham visit www.BMXEUROS.com