Records tumbled on what was an enthralling first day of competition at the 2019 British Cycling National Youth and Junior Track Championships at Newport.

The championships got off to a truly sensational start, with Tom Sharples (Welwyn Wheelers CC) posting a time of 10:857 in his qualifying heat in the boys’ under-16 sprint, to smash the national record set by Caleb Hills in 2016.

Sharples’ form took him all the way through to the final, but it was Ledingham-Horn who had the speed to take gold by the narrowest of margins on the line. Edward Lowe (Black Line) took bronze ahead of Marcus Hiley (Giant Halifax RT).

There was also plenty to celebrate for local girl Edmunds, who won gold in the girls’ under-16 sprint.

After posting the third fastest time in qualification, Edmunds battled her way into the final, where she won the first race against Jade Hopkins (DIMASCIO).

However, gutsy riding from Hopkins saw her take the second race by a tyre width on the line, sending the contest into a third and deciding tie. Hopkins led out, but Edmunds proved too strong, chasing her rival down to claim gold.

The bronze medal match-up also went to a deciding ride, with Jodie Taylor (Team Terminator) getting the better of Elodie Gage (Wolverhampton Wheelers).

In the junior men’s individual pursuit, Bridges produced his two best times in the event to take the spoils – and his first national jersey – in a fiercely-fought battle with Leo Hayter (VC Londres).

"I'm speechless, I didn't really expect it going into the start of the day and I was pretty nervous before it!"@zachbridges45 won the junior individual pursuit title with two personal bests at the 2019 National Youth and Junior Track Championships#YJTN2019 pic.twitter.com/BAxKMkdQ5G

Just over half a second separated the two riders after the qualification rides, promising a close-run final. It was Bridges who seized the initiative early on though, and Hayter had no response as he gradually extended his lead before recording a time of 3.14.483 to take gold.

Barnwell timed her sprint perfectly to take victory in the women’s junior scratch race. Her Liv CC-Halo Cycles team-mate Amelia Sharpe took the race out, instigating several attacks and setting the pace, but these breaks were reeled in and the race was back together with 10 laps left, with the riders slowing the pace and readying themselves for the sprint finish.

With a lap and a half remaining, Barnwell attacked, and despite the best efforts of Sophie Lewis (Cycle Team OnForm) and Eluned King (Liv CC-Halo Cycles) who claimed silver and bronze respectively, she was too strong, and crossed the line first to win the national jersey. 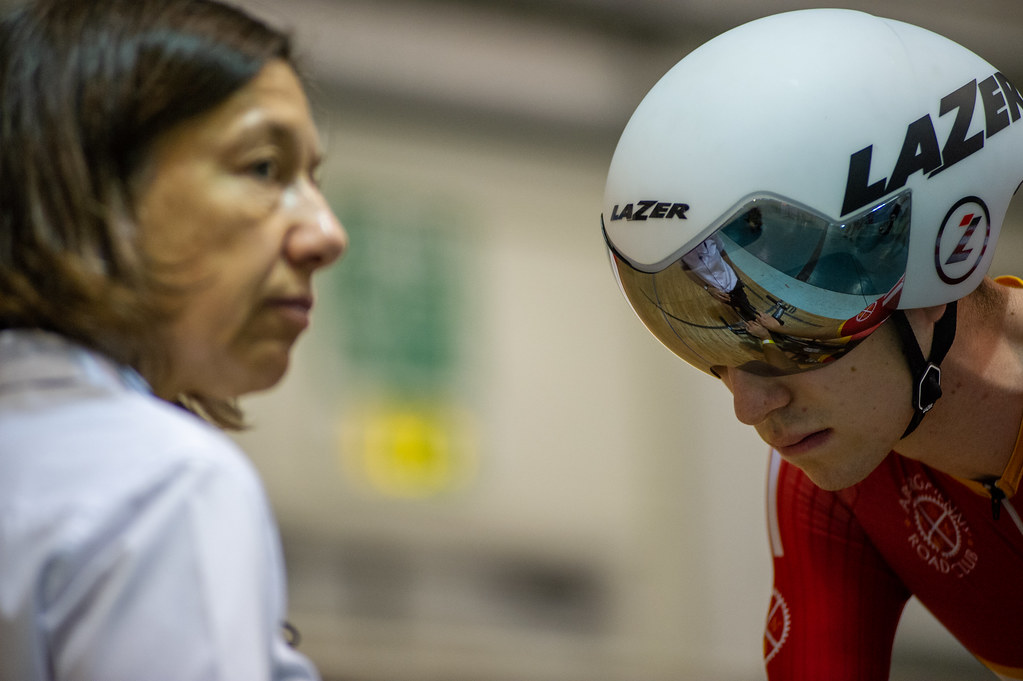