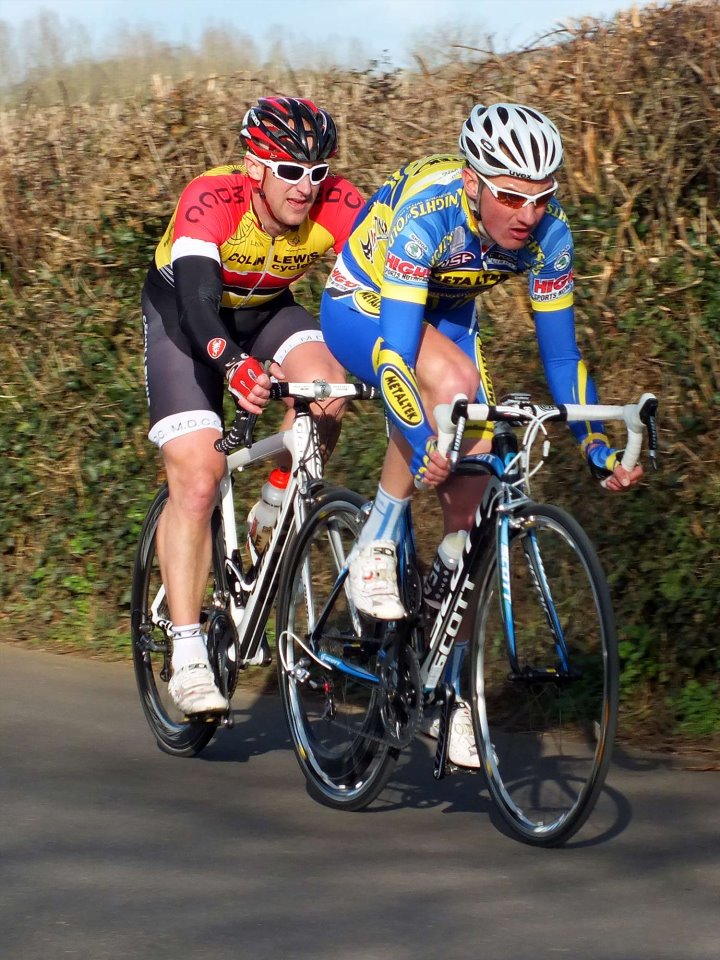 Rhys Lloyd (Metaltek-Scott) took victory in the third and final round of the Springtime Pursuits Series based at Willand in Devon on Saturday, holding off his breakaway rival Mark Dolan (Mid-Devon CC) on the line.

The 23-year-old from South Wales was part of the elite scratch group in the handicap race which had six minutes to make up on the first group on the road.

By the third lap of the circuit the front two groups had come together, and at the next lap – as Jason Poore (Mid-Devon CC) had won the prime – the back two groups had similarly merged.

The race came together on lap five, and it was then that the strong men began to come to the fore. On lap six Lloyd and Dolan and a few other riders went in search of a prime prize, but they maintained their effort and attacked, and soon it was just Lloyd and Dolan who were out in front.

Their lead grew to a maximum of around 40 seconds, and they maintained the gap with Lloyd taking both the primes on lap six and eight.

A chasing group was formed behind them, and three riders began to eat into their lead and closed in. The pace saw the chasing trio split apart in the final few kilometres, but they got to within a few seconds of the leaders.

Lloyd clipped off the front and took the win from Dolan by about six seconds, while Ben Simmons (Team Wiggle) was third, just a further five seconds back, inches ahead of Jake Alderman (One and All Cycling), while Mid-Devon CC’s Andrew Hitchens, who had also been part of the chase group, was fifth, 15 seconds behind Lloyd.

The race was marred by a crash on lap seven after a touch of wheels which led to two riders needing hospital treatment. We wish them a speedy recovery.

The overall series goes to junior George Pym (Exeter Wheelers) who was ninth in the final round, but with a first and second in the opening two races he had done enough for victory.

Overnight rain had stopped, but the roads were still wet and muddy in places, and there was also a crash in the women’s race.

The scratch group wasted no time in chasing down their rivals, but towards the end of the first lap a touch of wheels on a tight corner left four riders on the floor and split the group, leaving just three riders – Glazier, Walters and Golding – out in front.

They team time trialled their way up to the front group, and plough straight past them.

Behind, the remains of the scratch group had got back on – including series winner Miriam Freemantle (Hope Factory Racing) – and while they caught the first group, there was no chance of reeling in the leading trio who were establishing a formidable lead.