Junior cyclist Amy Roberts of Llanelli has won Young Sportswoman of the Year at the Carmarthenshire Sports Personality Awards 2011, held on 25th January 2012 in the Stradey Park Hotel. 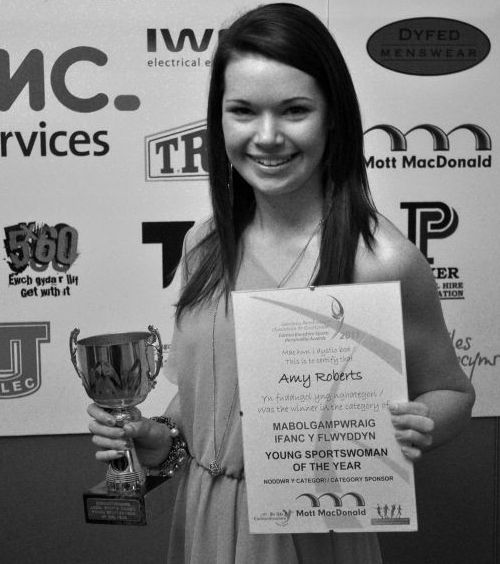 Amy was up against four other young women from the sports of football, athletics, motocross and kickboxing, but she was victorious on the night, “I was very surprised to win the award as I was up against some good athletes, but I am very happy! It means a lot to win it in my home town and to be recognised for my sport.”

Amy recently signed for a new women’s racing team Scott Contessa Epic, and will race for them in 2012. “My aims for 2012 are to do well in the national and team series’ in the UK and I also hope to go abroad and get some good results out there. I would love to experience riding in big competitions like the Worlds and Europeans.I am excite d to ride for Scott Contessa Epic in 2012 with a great group of girls who are all hoping to do well.”

Other cyclists nominated at the awards include Joe Holt for Young Sportsman of the Year and Matt Page for Sports Personality of the Year, but lost out to World Athletics Champion, Dai Greene.