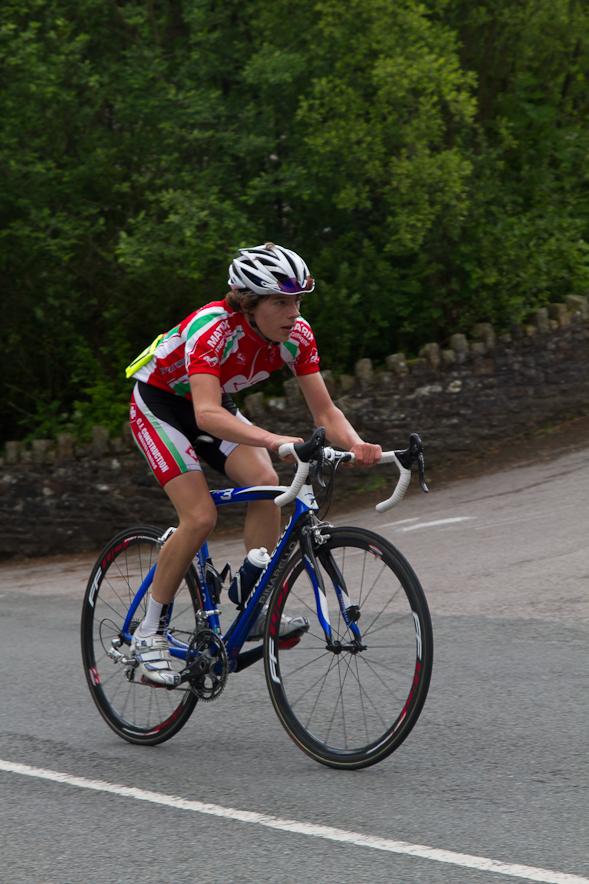 Following in the footsteps of fellow Welshman Geraint Thomas, Pearsons rise to the top has been inspiring for many young riders. Daniel is relatively new to the sport and has proved that with a lot of hard work and dedication, anything is possible.The win will open up many doors for the young rider and he will certainly be a rider to watch in the future.

Pearson timed his effort well, biding his time in the bunch for the early laps of a circuit around Barnard Castle before latching on to a five-rider break which went clear with just eight miles remaining.But by the line he was by himself, taking the win in style.

At one point the first break, which had gone clear on the first lap, had two minutes on a chasing group and almost three minutes on the bunch. That included Jack Penrice (Science in Sport.com), Jack Bowyer (Team Wallis CHH), Sam Boast (Cycle Sport Pendle) and Rapha Condor duo Lawrence Carpenter and Joe Fox.

But they were gradually pulled back, and by the bell lap the race had come together - but not for long.
Another break went clear - this time just five-strong - and gained around 30 seconds on the bunch, with eventual winner Pearson having slotted in the front group alongside Dante Carpenter (Asfra RT), Alex Peters (CC Hackney), Alex Bottomley (Fietsen Tempo) and Jim Lewis (Glendene CC).

But by the line Pearson had edged off the front to ensure victory, while ten seconds back Glendene CC's Jim Lewis took second and Fietsen Tempo's Alex Bottomley third.

Dan Pearson will now swap his Welsh Champion System Champion jersey which he won back in May for the Red and Blue stripes of the National Champions jersey which he will wear until the event takes place again in 2012.

Dan Pearson 3rd wheel got in all right moves, ready to make his attack at to take victory

A superb solo victory for Pearson. Watch this man in the future.
From Welsh Champion to National Champion in a couple of months