We look back over the recent and not so recent achievements of Bradley Wiggins via our photo archive.

TdF: Nearly There! - Stage 17 and Bradley can afford a brief smile as he tops the last mountain of the Tour, with Chris Froome

TdF: Minders - Bradley enjoys the company and protection of his team-mates

TdF: Winner! - Wiggins takes his first stage win in the event, destroying the opposition in the first time trial

TdF: Front man - Wiggins has been a constant presence at the front of the field throughout the race

TdF: Yellow helmets denote the meading team in the race as Bradley and Michael Rogers demonstrate

TdF: Behind you! Fabien Cancellara the first custodian of the yellow jersey in the 2012 Tour sits behind Bradley Wiggins who was to take over the leader's mantle soon afterwards

No sign of Bradley, but he played a huge part in Cavendish's 2011 world title win in Copenhagen

A slightly rueful smile as he finises third in the 2011 Vuelta Espana, just a few weeks after his broken collarbone in the TdF. Chris Froome was second.

End of a dream......for 12 months at least. A broken collarbone took Bradley out of the 2011 Tour before it had got going.

TdF 2011 - Enjoying the fans' attention in his national champion's jersey

Riding with Mark Cavendish at the start of the national championships 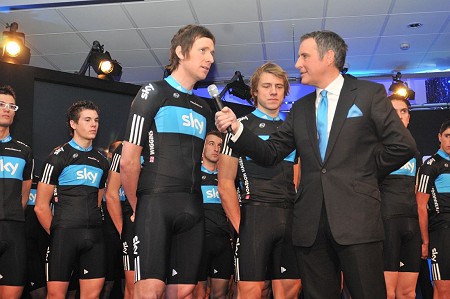 This was a breakthrough year for Bradley as a Road rider. In winning the hilly Beaumont Trophy in Northumberland he showed a glimpse of the new leaner, fitter version who was to go on, a couple of weeks later, to start the Tour de France with serious intentions of contesting the General Classification.

With Cav' on the start at the 2009 National Road Championships

With Chris Froome at the 2009 National Road Championships 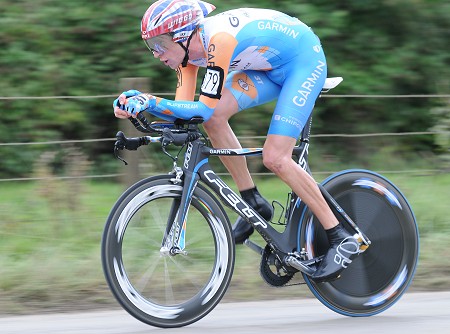 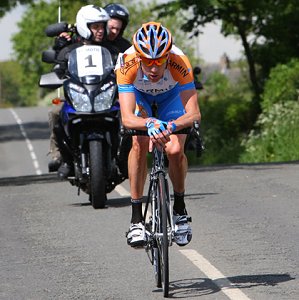 Beaumont Trophy, 2009 - the win that first hinted at what he was about to do at the Tour de France (i.e. finish fourth) 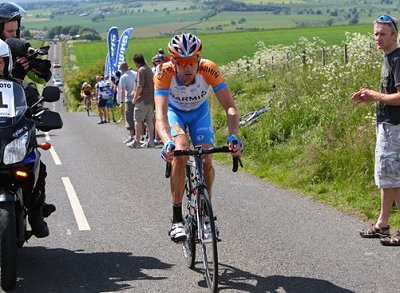 Beaumont Trophy, 2009 - away and alone on the Ryals climb 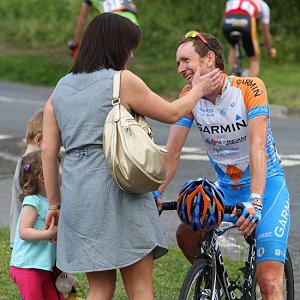 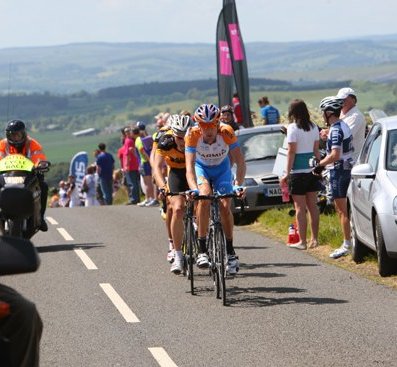 Beaumont Trophy, 2009 - breaking it up on the Ryals climb

Above and below, celebrating the world madison title with Mark Cavendish, Manchester, 2008

On the way to the world individual pursuit title, Manchester, 2008 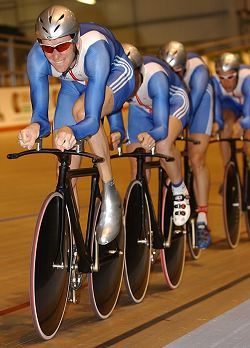 Training for the 2004 Olympics at Newport Track