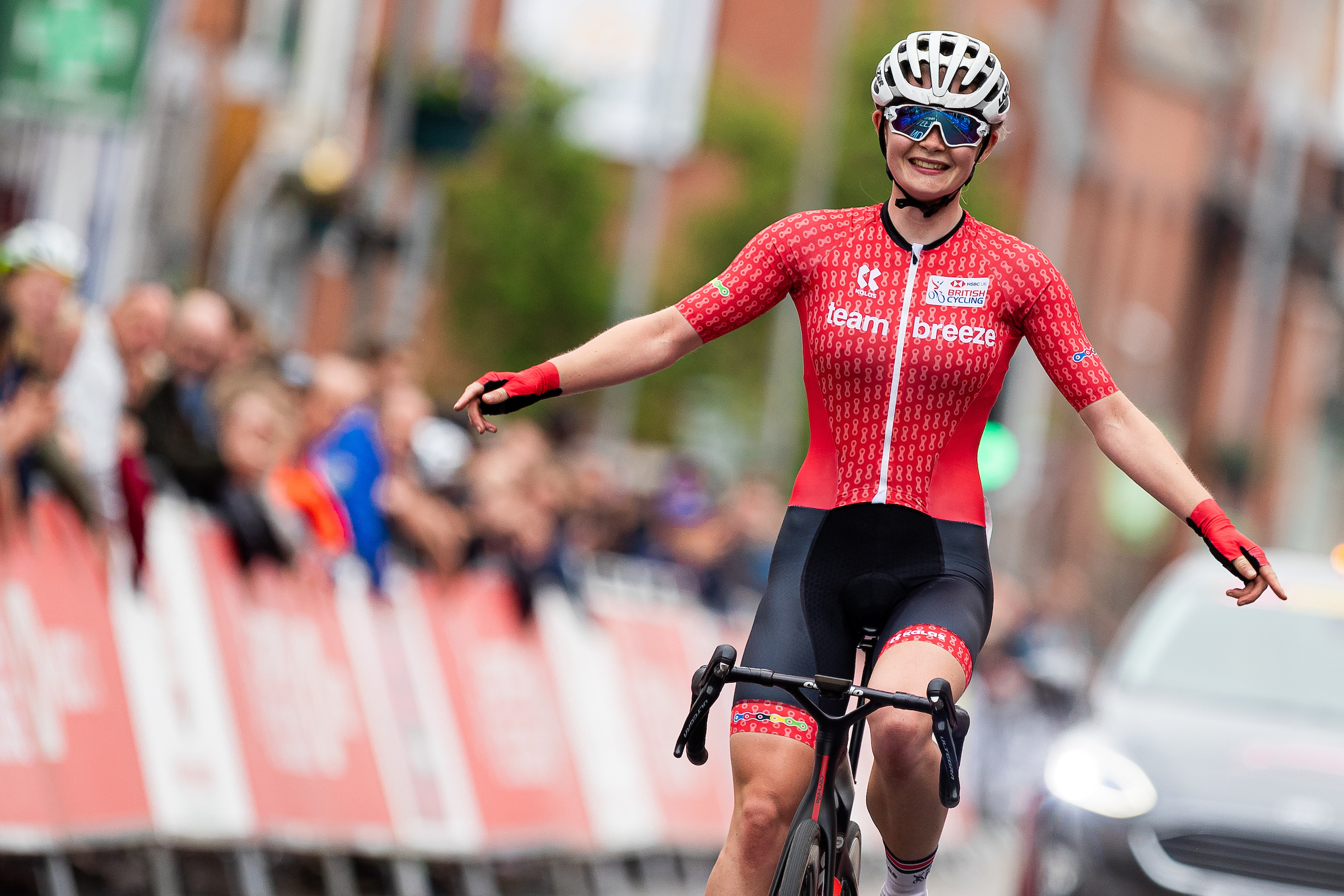 The event was the first  elite women's road race to be held in Britain for 666 days due to the challenges of the pandemic, and formed the first round of the 2021 HSBC UK | National Road Series.

While no breaks formed on the Burrough Berg, the Manor Farm sector, over the Cold Overton Berg and during the Somerberg sector, Smith’s blistering attack after the five-star rated Somerberg grew to a 1’19” lead on the peloton ahead of the final lap.

This meant the famed pork pie sprint went uncontested when she rolled through Melton Mowbray for the first time, marking one lap to go.

With three kilometres remaining of the 105-kilometre route, Smith’s advantage swelled to 2’25” and victory was in sight as the peloton had to contend for the remaining podium places. The Team Breeze rider celebrated with her arms in the air over the finish line after her lengthy individual breakaway.

Not only had she won the Women's CiCLE Classic, but the result means she will take to the start line at the second HSBC UK | National Road Series round in Ryedale as the series leader.

Behind her, Ellen McDermott of Team Boompods - one of British Cycling's recently-announced Elite Development Teams - secured second place on the day, and Team Breeze’s Eluned King completed the podium in third place.

After the race, Smith said:

“It was a really big bunch at the start so I was a little bit nervous trying to get to the front as soon as possible just to avoid any crashes.I just thought, as soon as things relaxed, that was probably a good time to go.

“I was hoping maybe two or three people might come with me but if you’ve got to do 40 kilometres on your own then you just have to commit to it. The headwind might have helped me, but I was so thankful when the time kept creeping up. I’m so chuffed. I can’t believe it.”

Flora Perkins (VC Londres) took home the Queen of the Bergs prize and Zoe Backstedt, fresh from her victory at the Junior Tour of Yorkshire, finished as the best-placed junior rider for Tormans-ACROG.

Joshua Tarling sprints to victory at the Junior CiCLE Classic

Despite his initial breakaway being caught by a two-man chasing group, FlandersColor Galloo’s Joshua Tarling powered ahead once more for a sprint victory at the 7th edition of the Junior CiCLE Classic.

A host of Britain’s biggest road cyclists – including Geraint Thomas, Lizzie Deignan and Chris Froome – have today called on the Government to urgently act to protect the future of talented young people in the sport.