There were mixed fortunes for the Great Britain riders on Day 1 of the UCI World Road Championships. A seventh place for Alex Dowsett in the Under 23 Time Trial was a pleasing result for both the rider and team whilst in the Elite Women’s Time Trial, there was disappointment for Beijing Silver medallist Emma Pooley who was 11th with Beijing Pursuit Silver medallist Wendy Houvenaghel in 23rd place.

Elite Women’s Time Trial Championship of the World
Two of Britain’s finest female Time Trialists in Emma Pooley and Wendy Houvenaghel both gave their all in the Elite Women’s event on a day when temperatures were in their 30’s and the race was won by American Kristin Armstrong, her second title in that event. Both the British riders went into the event with the possibility one or both could medal but that was not to be as both finished outside the medals.

For Emma, the course was perhaps not tough enough which is something that can’t be said about the road race course which is now her big goal. For Wendy, the course she said was challenging and the excursion on the road was a welcome distraction as she now gets down to preparing for the Track season and the Pursuit where she has showed time and time again how well suited to that event she is.

Afterwards I spoke to both riders:

“The course today was really physically challenging as I expected it to be and on the second lap it really started to show. I really tried to make the most of the straight sections and the descents because the rolling section was really taking a lot of effort and concentration. I gave it everything I have and so am happy with the performance.”

“The form was good but I found the temperatures extremely hot and even in the warm-up I found after sitting on the turbo for five minutes I was already sweating a lot. The course was such that it was impossible to see the rider in front unless you were pretty close to them and I was unware of how I was doing compared to the girls in front.”

“The hill was quite a punchy sort of hill and it definitely takes its toll on the second lap. I now have a few days off to visit a friend’s family and then Monday of next week, I’m into the training for the track season proper in Manchester. I have been away from the track for six months now and feel quite refreshed and am raring to go.” 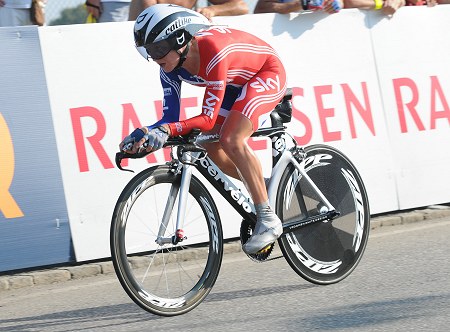 “I am disappointed not even being in the top 10 but I really don’t think I could have got any more out and still feel like I’m going to be sick. I did get pretty thirsty out there for a near 40 minute effort. I don’t really have a problem with the heat as the preparation for Beijing is still paying off and we have raced a lot in the heat this year like the Giro so it was hot but then it’s always hot when you are pushing that hard.”

“There were a lot of straight sections on this course where you needed a big engine and I felt I was giving it everything but it wasn’t enough. I don’t like having time checks so I have no idea how I am going compared to the others. Mentally they destroy me if I know I’m not the fastest and while some do best chasing a time, I personally like to do the best I can.”

“It is all about Saturday’s road race now and all about recovering and getting ready for it. I’m sure I’ll get a nice massage – I say nice, it will be very painful but I’m sure it will do the job. The course for the RR is the hardest I have seen in the races I have done. It’s very challenging and the more selective it is, the better.”

There may have been no medal, and make no mistake, Alex went out there to win one, 7th was still an excellent ride in a very competitive category and a look through the result sheet showed many excellent bike riders behind him. Despite having had little racing in the last month, Alex showed what a World class rider he is and it will hopefully help him further his ambitions in the sport.

There should also be a special mention for Andy Fenn, a first year Under 23 who came in to the event at short notice with no preparation and still managed to limit his losses to just over 3 minutes which on the course was a truly excellent performance from the Academy rider. 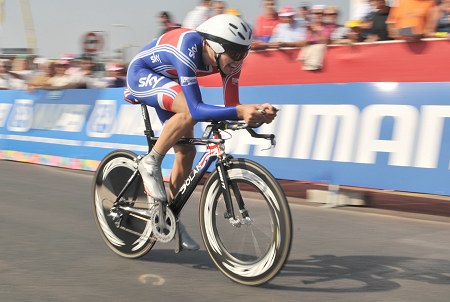 “I knew I was touch and go for a medal just by looking at the people who had started but to be honest, what ever result I get I’ll be happy because I gave it my all and had nothing more to give. I maybe lost three or four seconds because I went round one of the roundabouts quicker than the motorbike and had to brake. Then I went past my Swiss minute man and he came past me on the hill and we were like neck and neck and then when I was coming back to over take him, he chopped me into a wall so I had to back off and shouted a few things I probably shouldn’t have before I cracked on.”

“I have Paul Manning to thank. I did a lot of the preparation myself and Paul Manning came on board with GB and was appointed my coach and he was great. I went well in the Nationals and realised what ever I was doing at home, I was doing it right. So I filled him in on what I was doing and carried on doing that but under his guidance. Every day I’d be on the phone to him, sometimes twice a day, and we’d be tweaking things”.

“This was totally totally different to my ride in the Europeans. At them, I went into the event happy I was doing the Time Trial but was unprepared but I had no pressure and didn’t know if I was going to finish first or last. I turned out a pretty good ride in the end. For the Worlds though, for the last month, I have had nothing on my mind but today, it all about today.”

“I’m a third year Under 23 now and well aware in cycling terms I’m getting old in terms of turning pro and so have put everything into today. I have talked to teams and they have said see how you go in the Worlds so I am hoping I have shown I’m worth the place. I have had my problems this year but know I have it in me.” 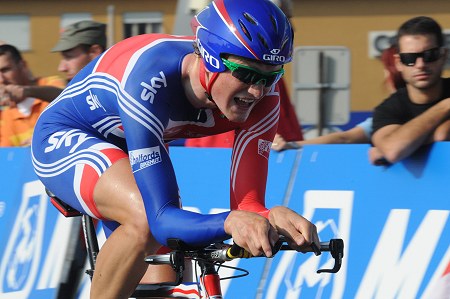 “I went out there to just see how it goes. There were no really fast sections as there was a headwind on the downhill sections and overall it was pretty grippy and I just had to press on all the way round. The climb was certainly harder than it was in training!”

“I went up that on the 44 ring and tried to keep the speed going but ended up going slower and slower. It was a hard climb. I came in to the race without being nervous because there was no pressure on me. It was good to get the experience here at the Worlds and even though I have done big races, this was different. You have the likes of Brad and Chris walking round the hotel which is good and makes it feel different.

Paul Manning (Academy Coach)
“We had time checks all the way round and Alex was right in the mix. Bobridge might be ahead of everyone else but Alex can be content he did his ride and got it all out. All credit to Alex and all I have done is be there as some one to talk to. I can take no credit for this and so he can take the credit and it shows his maturity having come through the academy that he can put together a training plan and put in a World Class ride in the time trial when required.” 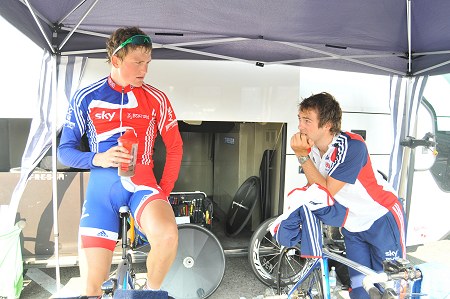 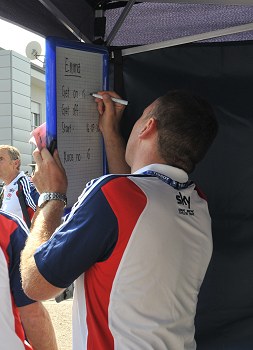 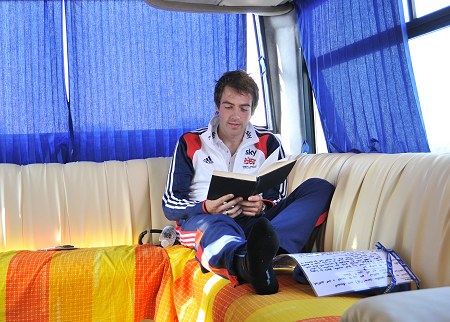 Alex Dowsett relaxes with a book as he had a two hour wait in the plush GB bus before his ride. 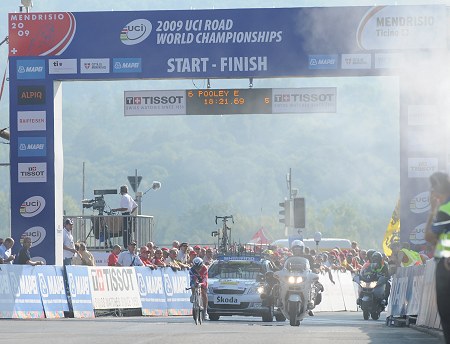 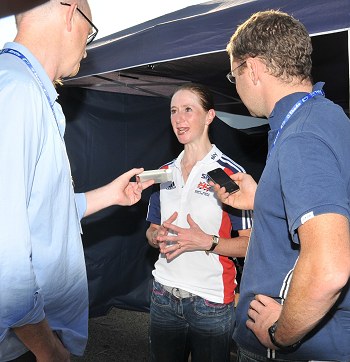 Wendy tells the press about her ride at the World Championships