Above: Watching the Queen's speech or out there on the bike? Where would you rather be?

Catherine Turner of Beg Bicycles, guest blogger on our sister site www.goskyride.com, gives us ten great reasons/excuses to pop out for a cheeky Christmas ride.

Crikey. Christmas is nigh upon us, and the frenzy has begun. It certainly seems like a while now since we were gaily pedalling around, the sun (on occasion) beating down on us, full of the joys... and whether it was the Kentish lanes or Kentish Town, we felt like we owned the road, as we congratulated ourselves on the abundance of benefits we, as cyclists, had over those poor POOR people shackled to their steering wheels!

But then those feelings of gay abandon became less forthcoming as certain 'challenges' decided to present themselves in the panniers of our cycling euphoria. Getting up at the usual time but it feeling like the dead of night, a bunch of car keys glinting at us in an alluring way by the front door, once crisp jewel-coloured leaves creating a carpet of treachery, and those oh-so lung-aching temperatures...

Winter cycling indisputably has more obstacles than the throw-a-leg-over-and-go style of cycling that summer allows. But here at BEG Bicycles, we like to remind ourselves of our Top 10 Reasons for Festive Cycling:

1. A brisk, early December morning bike ride is indisputably the single best way to cure a hangover after the dreaded (and then dreadful) office Christmas party the night before.

2. Imagine the cost of petrol for the vast amount of errands you'll be doing in the next few weeks. You + your trusty bike = more pennies for more pressies! Win-win situation.

3. People are simply NICER at Christmas. Go for a bike ride on Christmas Day morning, and beam and greet everyone with a jolly “Me-rry C-hristmas” in a hearty Dickensian-way. You’ll feel on top of the world!

4. Christmas Day washing up. How can one lunch, for just a few more people than normal, generate the equivalent of 17 days worth of washing up? Best avoided. Make your excuses about needing a spot of fresh air, addiction to cycling, etc, and get on out of there.

5. Ditto the in-laws. Say no more. Has a bike ride ever been more appealing? Rather more tricky if the in-laws love cycling, but could be a good (and necessary) bonding session.

6. The Queen’s Speech. Love it. Loathe it. Let’s face it, you have watched it many, many times in your life, but your bicycle is waiting...

7. You’ve said it once, you’ll say it every year, but you really shouldn’t have had QUITE so many roast potatoes at lunch. Now is the time to repent and take to the saddle.

8. Is anything ever going to be as tempting as the thought of a stop-off by the fire in that cosy little pub, after cycling a brisk circuit? Good all year round, it's even better at Christmas – and it's a good excuse to have mulled wine!

9. Going for a bike ride is ALWAYS great. Simple as that.

10. And finally, IF you’ve been really, really good ALL year, you might, just might be lucky enough to have a VERY large and odd-shaped parcel squeezed under the tree. (Actually, if you’re particularly lucky, it might just be one of those beautifully built, oh-so-stylish BEG bicycles). Christmas Day? New bicycle? Like being five years old all over again? You’ve simply got to hit the road, but just mind Uncle Brian and his regular top-ups of sherry...

Merry Christmas and a toast to safe and happy cycling in 2012! 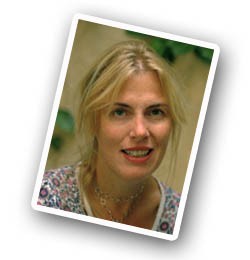 Catherine runs BEG Bicycles, a small, family company based in Cambridge. They offer a stunning collection of hand-built 'sit up and beg' bicycles and luxurious vintage-inspired cycling accessories that work equally well in the heat of the city and the calm of the countryside. Follow them on Twitter or Facebook.