Gary Brennan, whose amazing cycling based 22 stone weight loss was featured on our website back in November 2010 has continued his incredible, life changing story and is now on the voting shortlist for the 2012 Olympic Torch Relay. 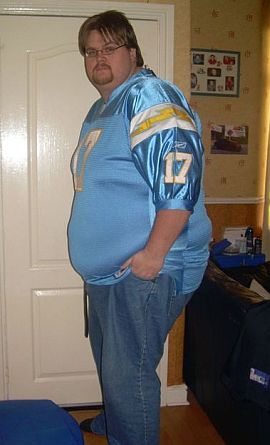 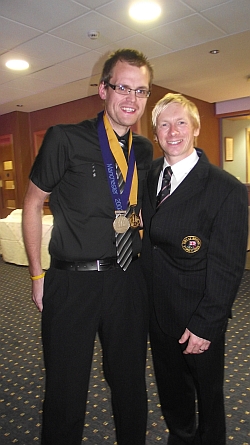 Back in 2007 Gary weighed 39 stone and was seriously ill with type 2 diabetes and high blood pressure. He was on a waiting list for gastric band surgery and took up cycling to help with his post-surgery recovery. However, through cycling to work, Gary began to lose weight dramatically and very quickly it was apparent that surgical intervention was no longer necessary. Gary had conquered his weight demons with a combination of determination, sensible eating and cycling.

Since we last caught up with Gary, he has continued to lose weight and is now a svelte 13 stone (from 39 stone 13 pounds). Gary, who works for Manchester City Council, has cycled almost 19,000 miles and hopes to hit the 20,000 mark before 2012, taking part in charity rides and raising over £2000 in the process. His blog, The Amazing 39 Stone Cyclist has amazed and inpsired over 160,000 visitors and Gary is passing on his enthusiasm and inspiration to other cyclists through his role as a qualified Sky Ride Leader.

However, Gary is intent on taking his story onto a whole new page by taking part in the 2012 Olympic Torch relay. Gary has reached the final voting round for nominations and hopes to be a part of the biggest sporting event that Britain has seen in living memory.