Anna Kay celebrated her switch to a new team in style by taking her first win of the HSBC UK | Cyclo-Cross National Trophy Series with victory in Crawley.

This month saw Kay switch from Storey Racing to Experza Footlogix and, after registering second and third places already this season, finally took top spot on the podium at the South of England Event Centre.

She was joined by familiar company too, with Storey Racing’s Beth Crumpton and Ffion James rounding off the top three as the team’s remarkable cyclo-cross campaign continued.

Meanwhile the men’s elite race was won by Marlux Bingoal’s Thomas Joseph, who dominated proceedings from the start to claim victory from Lander Loockx.

The two previous races this season had seen the same three riders occupy top spots, with Kay, Crumpton and James making it a hat-trick in Crawley.

This time it was Kay who revelled in her first victory, hitting the front from the start alongside former teammate Crumpton, with the two of them setting an early pace.

Both riders stayed out ahead of the chasing group until Crumpton suffered a slight blip midway through giving Kay the advantage.

Although pushed all the way by Crumpton and finishing strong, Kay held on to take victory by 18 seconds from Crumpton with Ffion James also of Storey Racing taking third place.

Joseph only returned to the UK on the morning of the race having been competing in Belgium the day before, a race in which he suffered a bad crash and a broken saddle.

Low on confidence from last year and needing a good race Joseph and Lander Loockx broke from the start and were never caught, with Joseph finally pulling clear in the final lap to take the line ten seconds clear.

Conditions on the course

Storms in the south across the weekend had led some riders, notably Kay, dreading the mud and slippery conditions, but the wind and sunshine had made the conditions a lot dryer and less challenging than expected.

Kay was as shocked as anyone to find herself on top spot: “I wasn’t expecting to win and it’s a huge surprise, but a really nice one,” she said.

While Crumpton added: “The race lines changed on every lap as the mud dried out, I felt good towards the end but just couldn’t close the gap on Anna.”

For Joseph, meanwhile, this race was exactly what he needed after a tough and hectic weekend.

“My confidence was low and mentally I was broken but this feels good and will give me the boost I need going into the next races and into my move to my new team in the new year,” he said.

racing today for the heroes we never met, thank you #ArmisticeDay100 pic.twitter.com/iMBfS2WVNz

1,5 month before our ways will part, @thomas__joseph gives us a nice little goodbye present: a UCI win in Crawley, UK! pic.twitter.com/JwsrXQztib

The series continues onto round four in two weeks’ time when the riders head to York, before heading south to Ipswich on December 8-9. 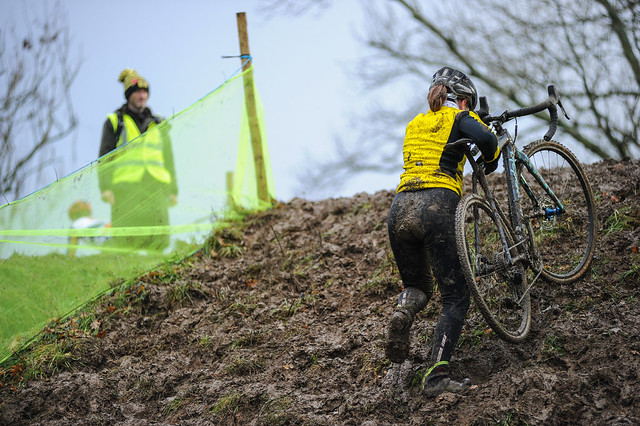