Isla Short warmed up for the Commonwealth Games on Australia’s Gold Coast by triumphing in the 2018 HSBC UK | National Cross Country Series curtain-raiser.

The 21-year-old, who is part of the Scottish cycling team that will compete Down Under next month, won the elite women’s event at Sherwood Pines.

Making short work of the competition

As the race got going, a lead group comprising of the Short, Sophie Wright, Kerry MacPhee and Beth Crumpton, with Amy-Jo Hansford chasing hard in fifth spot, separated from the main group.

Veni, vidi, vici — How many cheers for this lad? Milan won the 1st round of the HSBC @BritishCycling Cup in Sherwood Pines. To top off this success, Isla Short won the women Elite race! #greatteam pic.twitter.com/zKGpImPwAc

Soon, it was a battle between Short and Wright and come the last lap, the former made her winning move, easing herself over the line for a comfortable win, with MacPhee taking third.

“It was quite a tactical race to begin with as it’s quite a flat course – it’s really hard to get any gaps – so I thought I’d just practise some close racing rather than trying to go on my own early,” said Short.

“Then, when Sophie and myself got away, we were working well together but on the third lap, she cracked a little bit, so I took advantage and took a gap.

“It’s really nice to race Nationals as I don’t do it very often, so it’s good to do that and take the win.”

Grant Ferguson will also represent Scotland at the Commonwealth Games but was forced to settle for fourth place in the men’s elite race as Milan Vader topped the podium.

Ferguson found himself up against three strong Dutch riders from the Habitat Mountain BT team, the trio keen to upset proceedings.

He comfortably settled in to the lead group, with Kevin Panhuyzen up the road, leaving Vader and Frank Beemer to control the chasing pack.

As the group slowly reeled in the flying Dutchman, another Habitat rider made a break for victory, leaving the Brits home alone.

Despite concentrating on Enduro racing this year, Phil Pearce battled up to a fantastic third spot but soon found himself back down the ranks, with the team finally launching Vader to the front to take the win, leading a clean sweep of the top three spots, Ferguson coming in fourth and Pearce taking fifth.

The victorious Vader said: “It was quite hard race. We didn’t really want to race as a team but when we can take a benefit from doing so, we take it.

“I’m really happy with the win. The course is nice. It’s really flat but that’s good for the Dutchies – we really like it.”

Ferguson added: “It could have gone better. I felt good out there but they got a gap and I was trying to bring it back, but they’re not going to work with me when one of their team is up the road.

“I gave what I could. If I was to do it again, I might have made a few changes, but that’s bike racing.”

Thrills and spills at junior level

The junior women’s race was equally as enthralling, showing an encouraging depth and breadth of talent coming up through the ranks.

Despite race-winner Kim Baptista taking a comfortable solo win, the race behind her for the runner-up spots was electric, with Poppy Wildman, Patsy Caines and Fiona Barro constantly changing places.

On the final lap, it came down to the wire as all three entered the arena together, and it was Caines who found the power to kick on the final 500 metres, leaving Widman and Barron unable to respond.

The junior men’s race yet again proved to be a humdinger, with three clear leaders from the gun – Sam Culverwell, Marcus Holmes and Tom Creighton.

Holmes took pole position on every lap until Culverwell made his winning move on the last lap, opening up a few seconds lead to claim top spot ahead of Holmes.

In the expert women’s race, Harriet Dodd kept Joanee Thom at arm’s length to take the win by a scant 10 seconds while in men’s event, Joe Curran crossed the line first.

In the vet women’s event, current national champion Maddie Smith was defeated by Alison Rushton while in the vet men’s spectators saw a closely-fought battled between Paul Oldham and Nick Craig, with the latter taking the victory.

In the grand vets, Tim Davies was top of the tree while Ian Wright was first in the super vets category.

The juvenile and youth races also proved frenetic, with Jamie Johnson coming out on top in the boys’Under-16s race while Josie Nelson won the girls’ Under-16s event.

The Under-14s boys’ race came down to the wire but Chris Hilbert got the better of Huw Buck Jones as Maddie Osborne triumphed in the girls’ Under-14s. 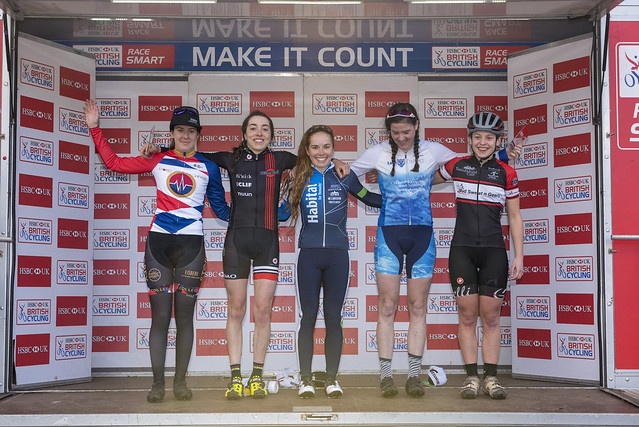 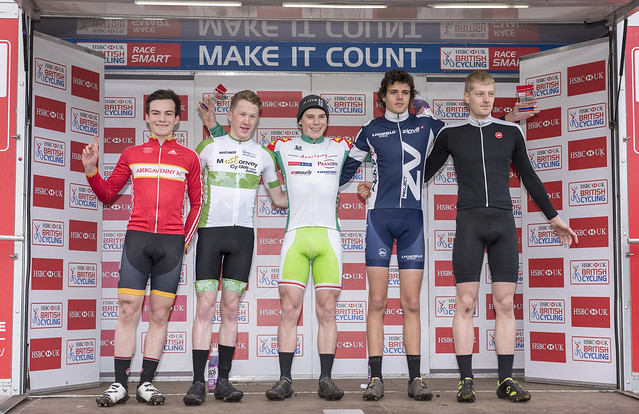