The first round of the Mini DH series took place at Traquair Forest in Innerleithen. A category for 17-18 year olds was added at the request of the riders, when what we should have added was a category for local world cup riders! 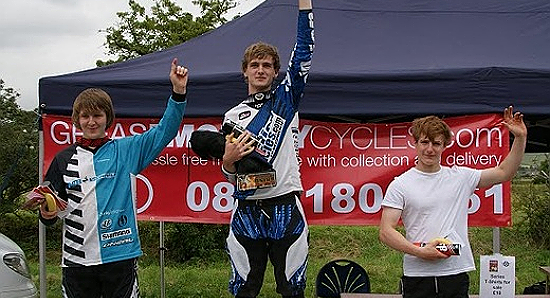 There can't be many series that can claim to have such a wide range of rider abilities competing, with 10 year olds in their first race riding on the same track as the current British Junior National Champion and World Cup competitors. Lewis Buchanan from Innerleithen came and raced the first round, and as expected set the fastest time of the day in the 17-18 year olds at 0.56 on the short track but challenging and fun track.

Rona Strivens was the sole female rider in the race, setting an excellent time of 1.59. The male 10-12 category was won by James Purvis in 1.14, male 15-16 by Brodie Hood in 1.00. The male 13-14 had two riders on the same time of 1.21, Ross Swinton and Brad Swinbank. On a count back of times the first place was awarded to Ross, with the fastest average time over the day.

This race series is run with the support of the Tweeddale Sports Council, Grease Monkey Cycles and i-Cycles of Innerleithen. The next event is on 28th August 2011, for more info see www.innerleithenmtbracing.com.