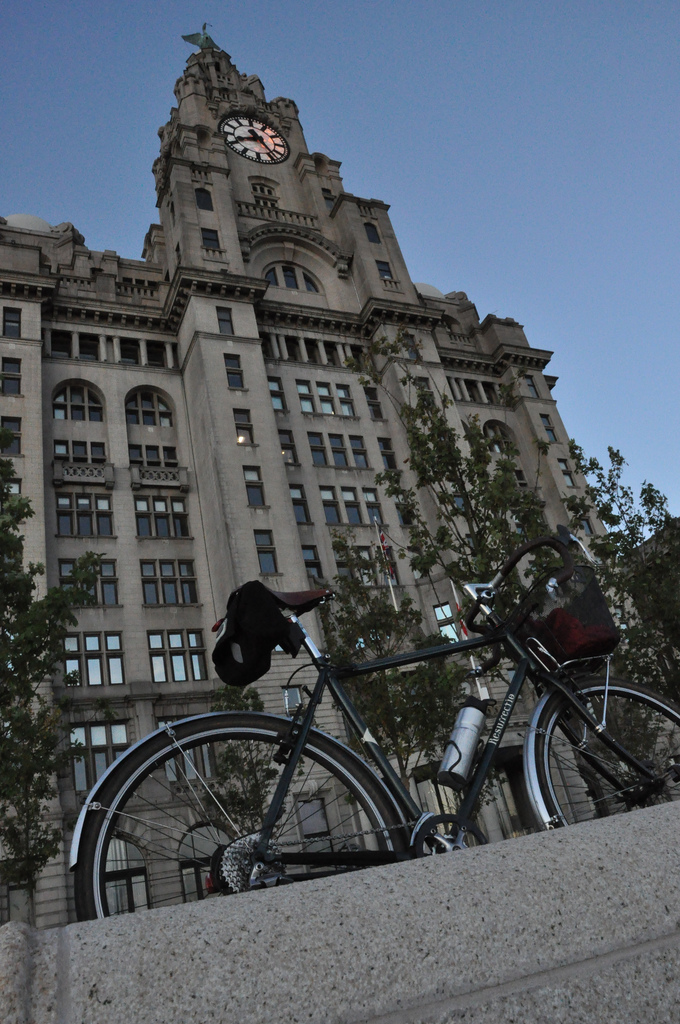 Like many big British cities, Liverpool has seen an urban renaissance over the last decade, with large scale redevelopment of the city centre and dockland areas.

Improvement in the transport infrastructure is a key part of any urban renewal project and this has meant been considerable improvements in provision for commuter cyclists in Liverpool.

There are two major National Cycle Network routes in Liverpool. National Route 62, AKA the Liverpool Loopline, is part of the Trans Pennine Trail and loops through the suburbs of the city, acting effectively as the cyclists’ ring-road. The Loopline is a 13 mile tarmac former railway path which allows commuter cyclists to quickly and safely circumnavigate the city. Great for summer commuting, a lack of lighting however makes it an unattractive proposition in the winter.

National Route 56 joins the Loopline in Gateacre and provides a signposted route, avoiding major roads, through Gateacre, Childwall and Allerton into the city centre and Pier Head. Once through the suburbs, Route 56 has two route options – one on-road, heading through inner city Toxteth, the other using the Liverpool Promenade as a traffic-free route into town from the south.

The north end of the city is served by Regional Route 81 – which uses the Leeds Liverpool Canal towpath as a traffic-free route into the city centre and dockland area.

Elsewhere there are widespread on-road cycle lanes with most major road junctions equipped with advance stop lines. See the excellent Liverpool Cycle Map for advice on more fine-grained route options around the city. 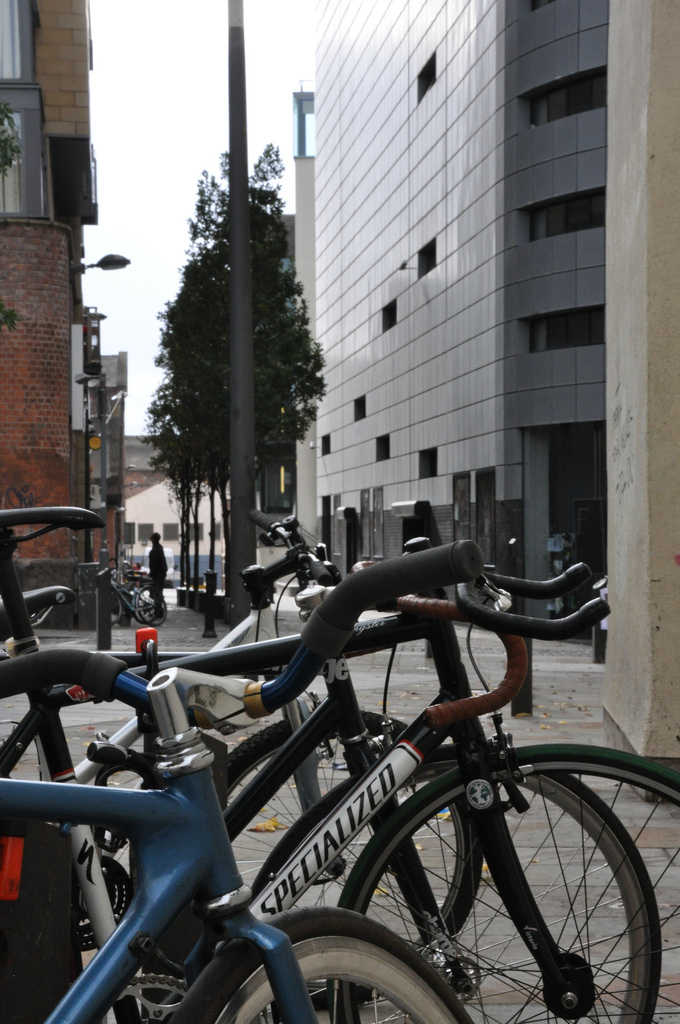 Liverpool city centre has on-street cycle parking at a number of locations, with loop type Sheffield stands provided. There is also a state of the art indoor cycle parking facility at Liverpool One, with keycard access, lockers, cycle racks and CCTV. The Liverpool Cycle Map is once again the definitive resource for city cycle parking.

Bicycles are allowed onto Merseyrail network trains free of charge, with all Merseyrail rolling stock having a dedicated cycle storage area. Furthermore the free to register Merseyrail Cycle Scheme gives users access to one of around 1500 secure, reserved cycle spaces. Go here for further information on cycling and the Merseyrail network.

Liverpool is well served with bike shops. The city centre boasts an Evans Cycles on Hanover Street and the City Giant store near the Albert Dock, both of which have a repairs service. Elsewhere, Picton Cycles (Wavertree), Quinns (Edge Lane) and Coast Cycles (Garston) are well established specialist independent shops, while there are Halfords BikeHut branches in Speke, Edge Lane and Aintree retail parks. For a full list of cycle shops in Liverpool check out our bike shop finder.

The Liverpool Cycling Map is the definitive cycling map for the city and is available online here as a PDF download. The map details major cycle routes, recommended quiet routes, hazards, bike shops, cycle parking and much more.