A message to the members of British Cycling by Brian Cookson, President
29 October 2012 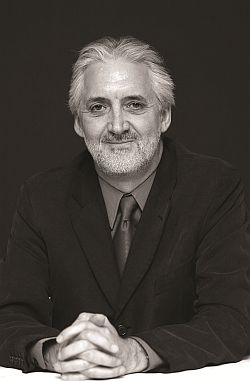 Over the last few days, many members of British Cycling, and many other people from around the world, have been in contact with me to express their views about the controversy that is engulfing cycling in the wake of the Lance Armstrong affair. I cannot respond to every single one individually, but I have been deeply affected by your concerns and deeply troubled by the impact of the entire matter on the sport for which, like you, I have an intense passion.

I wanted to make my position on this matter absolutely clear. I am of course Chairman of British Cycling’s Board, a post I have held since 1996, and a member of the UCI Management Committee, a post I was elected to in 2009. However, this is a personal statement.

In my view it is first of all important to acknowledge that a major crisis has developed for our sport, a crisis which has to be dealt with by radical and urgent action. I want to assure you that British Cycling will not shrink from its duty in defending the integrity and credibility of the sport, in this as in every other respect. I know that all of my colleagues on the Board and all of the senior management team at British Cycling share that determination. British Cycling has not and will not tolerate doping of any form.

It is critical that all doping matters are handled by the relevant independent body. If anyone believes that they have evidence of any British Cycling member at any level engaging in doping, please do not hesitate to contact UK Anti Doping with this evidence. Here is the link to the relevant page of their website; http://www.ukad.org.uk/what-we-do/report-doping/

I am also a member of the Operating Board of Team Sky. This is a liaison body between British Cycling and the owners of Team Sky, Tour Racing Limited, the shareholders of which are BSkyB and other companies from within the same group I attend the Operating Board to represent the interests of British Cycling, alongside our Chief Executive, with one of the key objectives having always been that Team Sky provides a clean doping-free environment for as many British riders as possible.

Many people said that a professional team run in this way couldn’t be done, but it has been done, it’s been hugely successful, and now it is seen as a model that others are seeking to imitate. And I am confident that Team Sky, though having to operate in a challenging environment, has remained and will continue to remain true to those original objectives.

Of course neither British Cycling nor Team Sky operates in a vacuum. We are part of a worldwide sport. So it is important that we have whatever influence we can have over our international colleagues and competitors.

I believe therefore that all of us involved in the sport should also acknowledge that;

- despite the best efforts of the UCI and all other relevant agencies, doping and other prohibited procedures became historically commonplace in professional road cycling. (That is not to say that all riders or teams were guilty of these practices, many undoubtedly competed without resorting to such cheating).

- this situation considerably worsened during the 1990s with the introduction of EPO and similar substances, then beyond that period with the further use of transfusions and similar procedures. As has been demonstrated by the USADA case, these practices, and conspiracies to conceal them from the authorities, were used extensively by Lance Armstrong and his team to “win” 7 Tours de France and other races.

- other cases, some of which are still being pursued by various authorities, clearly indicate that such activities were also practised by other teams and individuals, with the assistance of doctors and others both from within and outside the sport.

I totally condemn such cheating and re-assert that I will do everything in my power to ensure that the perpetrators of such activities will be appropriately sanctioned, both now and in the future. In this respect I think it is vital that all relevant agencies of sport and government continue to co-operate and collaborate with each other. I would like to thank all those agencies and commend them on their efforts and on the very real progress that has been made, particularly since 2005.

I do believe that the environment today is very much better as a result of those efforts. I would certainly contend that, despite the current problems, no other sport has faced up to such difficult issues, no other international federation has shown such tenacity in dealing with such high-profile offenders, and no other sport has made so much progress in the fight against doping as has cycling in recent years. Much has been done, but of course much remains to be done.

The UCI, in particular its former President Hein Verbruggen and its current President Pat McQuaid have received considerable criticism of their handling of these matters. Certain serious allegations have been made which have caused widespread concern. I am pleased that, at its meeting last week, the UCI Management Committee agreed to an independent review of all matters relevant to the current crisis, including those allegations. I understand that both of them will fully co-operate with that review.

The Management Committee agreed that the review should include a clear and transparent independent examination of all the UCI’s regulations and procedures, particularly those relevant to doping and the handling of disciplinary action. This review can and will include all matters which the review Commission itself may consider to have an impact on the current crisis, including the length of suspensions and other sanctions available for such offences. This review will also consider the possibility of amnesty, partial amnesty, truth and reconciliation processes, and any similar matters.

It will also consider how the UCI might move to prevent those with a history of involvement in doping from being involved in the management of any professional or national team. I personally would like to see this extended to the media and race organisations. I find it hard to understand how any convicted and unrepentant doper can be given any credence as a commentator, journalist, or VIP.

The Management Committee agreed that it is vital the membership of this Commission is truly independent. We felt that other international bodies such as the IOC, WADA, and CAS should be involved in appointing the members. An announcement of the membership and the full remit of the review board will be made as soon as possible.

So, as I said directly after last week’s meeting of the UCI Management Committee, the UCI has taken another worthwhile step in its response to the USADA investigation into Lance Armstrong. I can assure everyone that my UCI Management Committee colleagues and I are unanimous in our determination that this independent commission will just be the start of the process and nothing will be off the agenda. Cycling must and will learn the lessons of the Armstrong era

Finally, to add to this, I guarantee unequivocally to the members of British Cycling that I will use my influence through the UCI Management Committee to ensure that our International Federation operates with integrity, honesty and transparency. If I am not able to do that from inside the organisation, I will resign.

Thank you for taking the time to read this.