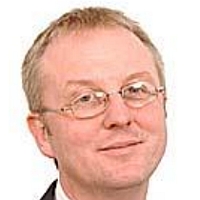 Ian Austin, MP for Dudley North, is one of ten Parliamentarians to have made the shortlist for the Sport and Recreation Alliance’s Sports Parliamentarian of the Year 2011.

British Cycling nominated Ian Austin MP in recognition of his effective support for the sport. A keen cyclist himself, Ian has championed its cause and generated momentum behind key issues, such as the ‘Keep Racing on the Roads’ campaign.

Ian adopted a pro-active approach as co-chair of the All Party Parliamentary Cycling Group, hosting meetings in Parliament and helping to generate valuable support among colleagues. Ian also helped British Cycling to generate media coverage for key campaigns and supported a local cycling charity in Dudley.

Martin Gibbs, Policy and Legal Affairs Director of British Cycling, said: “British Cycling has found Ian to be generous with his time, knowledgeable about the issues and clearly passionate and interested in cycling as a sport. He has proved to be a very effective advocate, very accomplished at staying above partisan debate and building consensus.”

This is the first year for Sports Parliamentarian of the Year, which has been established to recognise the efforts of Members of the Commons and the Lords who have worked tirelessly with local people, clubs, organisations and governing bodies to promote and protect the interests of sport and recreation.

Andy Reed, chair of the Sport and Recreation Alliance said: “Sport and recreation are important tools for politicians. They can improve health, reduce crime and increase educational attainment, all of which are key public policy goals for any government.

The shortlist (highlights below) in alphabetical order is as follows:

Candidates were nominated by sport and recreation clubs, governing bodies and other organisations from the sector, and whilst all will be recognised and thanked for their contributions to sport and recreation, an awarding panel will choose one of the shortlisted individuals as the overall Sports Parliamentarian of the Year.