Chris Timms snatched the HSBC UK | Cycle Speedway Elite Grand Prix Series title in a dramatic run-off against Ash Hill at the final round of competition in Poole.

Poole’s Ben Mould won the round but Timms and Hill, who both finished on 18 points in Wales, required a showdown to decide who clinched the overall crown.

And it was Timms who outlasted Ipswich rider Hill, kicking away in the final stretch to win the competition by 2.5 points.

Josh Brooke came into the final round in pole position and the 2017 looked set to defend his title but a fall in heat four left the Great Blakenham rider with it all to do.

And he could not get near Timms or Hill’s consistent scoring as the pair finished level on points before the dramatic run-off.

Conditions on the course

We had overcast conditions in Poole in a very competitive field with Mould looking imperious on the track.

Mould produced back-to-back win in heats 11 and 12 to confirm the round title as Hill made a comeback with wins in heats 16 and 19 to force the run-off.

Timms was outscored in Ipswich and Coventry in the previous two rounds by Hill but Poole was more to his liking as he jumped Hill at the last to seal the title.

Elsewhere, in the junior race, Frazer Garnett dominated proceedings as he took the round victory and the overall title in Newport.

The youngster, who also took victory at Coventry, took maximum points from his five races – pushed all the way by Lewis Brinkoff but it was the Poole ride who prevailed

But overall the title belonged to Garnett who amassed 90 points in the four rounds with Lewis Brinkoff a distant second on 74 and Pierce Bacon on 50. 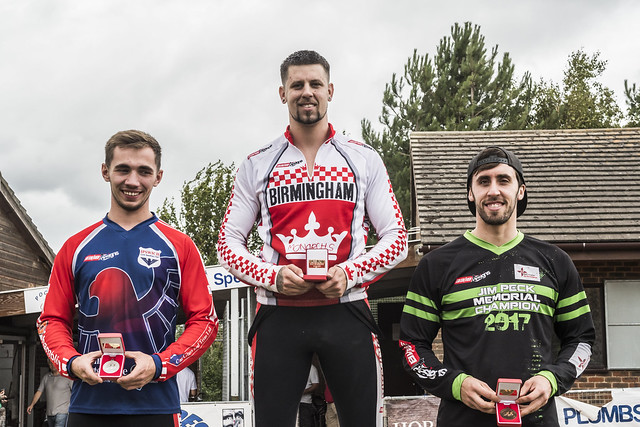