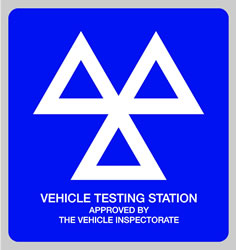 Pro-MOTe, the lobby group set up last year to campaign for the maintenance of annual MOTs, has welcomed today’s announcement that Ministers have dropped plans to reduce testing frequency.

“Having listened closely to the very many views put forward and considered the available evidence, I have decided that I am not going to carry out further work in relation to relaxing the first test date or the frequency of testing.”

The campaign – supported by more than 30 organisations including British Cycling, the AA and RAC argued that by moving to testing every other year would be:

• EXPENSIVE – costing motorists more in repair and insurance costs, and risking up to 50,000 jobs in the motor industry

• UNWANTED – opposed by drivers themselves

“Reducing the frequency of MOTs would have been dangerous, expensive and unwanted, and we welcome the Government’s sensible decision today to drop the idea. The proposal to reduce MOT frequency was opposed by organisations across the board, from industry to road safety campaigners to insurance companies and others.

"Their support for Pro-MOTe and its objective was a major factor in persuading Ministers that the maintenance of annual MOTs was the right way forward. We look forward to working with Government on how to make the MOT test better and to ensure consumers receive the best customer service.”

Commenting on the decision, British Cycling Policy and Legal Affairs Director Martin Gibbs said "We're really pleased that MOT testing will not be made less frequent as we were persuaded by the evidence from other countries that this would have led to an increase in unsafe vehicles on our roads and therefore to an increase in risk to cyclists and other road users.”

Understandably and inevitably, the ongoing global uncertainty around the pandemic has led to plenty of questions and concerns.