The 2021 HSBC UK | National 4X Series concluded in Wales at the newly refurbished Afan 4X track last weekend. With a fresh course, glorious sunshine, and a group of riders keen to race, it was set up perfectly for a weekend of bar-to-bar racing.

There was a lot of maths going on with riders keen to work out not only where they sat in the overall standings, but also to see what they needed to do to either move up a few places or take the win in their class.

The most prominent of these riders was Scott Beaumont, who having picked up an injury at the World Championships in Val Di Sole, was keen to do exactly what he needed to for the overall win and no less.

With Scott finishing in second, the Elite Men's title was his. But Saturday was all about the return of Duncan Ferris. Duncan was the last winner on the Afan track in 2019. However, his two-year absence didn't seem to be an issue with Duncan taking the win in an extremely tight finish in the Elite Men's final.

Tight racing was the order of the day from the youngest riders all the way to the veterans field. The heat and the Afan track was providing plenty of opportunities for the riders to pass one another.

Both Josie Mcfall and Sophie Cade took the Elite Women's win. The Senior Men's field was one of the stand out classes of the weekend, with the addition of James Anderson swapping downhill racing for the British 4X series and coming home with third place for his hard work.

The second day of competition in Afan Forest saw a slight change to the track, with the start gate rotated 90 degrees to the left and the first turn and straight removed for Round 6.

This meant that the riders would have to negotiate a steep shoot right out of the gate and then a brutal right-hand turn towards the bridge. The sun came out again on Sunday with warm Welsh weather all day, meaning the track was running fast and loose once again.

However, the loose conditions were not for everyone. Some big crashes kept the fantastic medical team busy with a significant first corner incident meaning that an early lunch was taken whilst the rider was treated and sent to the hospital.

The racing was even closer than the day before, with so many tight motos though out the day. Still, the stand out was Charlie Currie and Dan Wagstaff putting on a master class in their moto with the two riders swapping places all the way to the finish whilst giving each other the room to race. It was an amazing display of bike control. 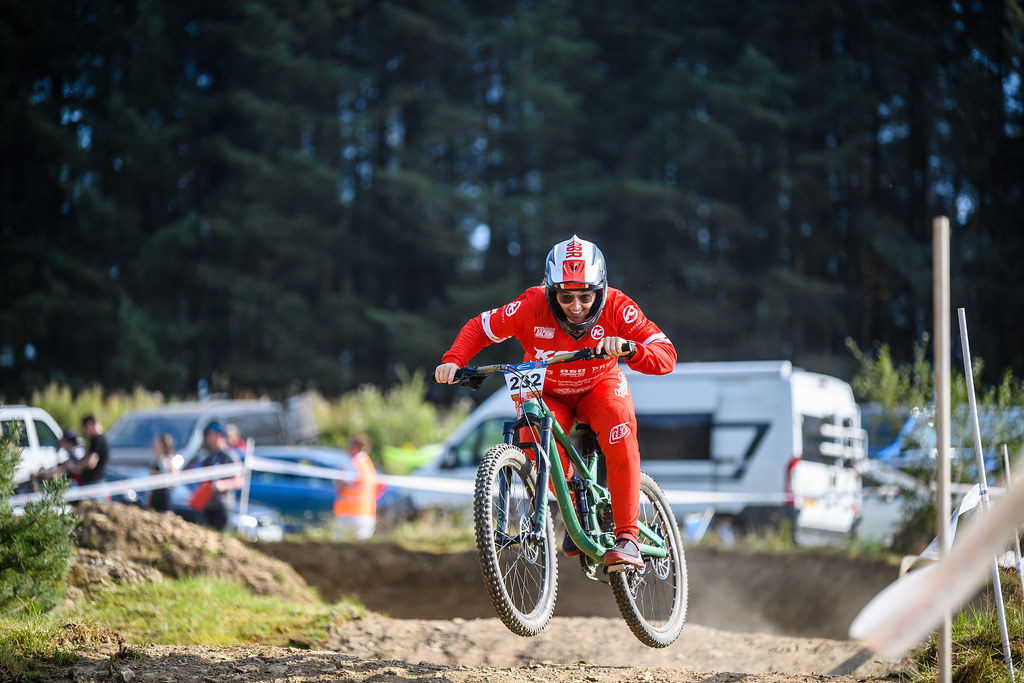 The Elite Men's final was close with Duncan Ferris and Charlie Currie battling for the win. Neck and neck in a sprint to the line, Charlie took the win to end Duncan's winning streak on the Afan track. The Elite Women's race was won by Josie Mcfall again with some close racing with Sophie Cade though out the day. However, a mistake in the final saw Sophie have a crash and Josie cruise to the win.