The 4X community headed south this weekend for Rounds 3 & 4 of the HSBC UK | National 4X Series in Falmouth.

With a rain-soaked course to contend with, riders deployed spiked tyres early on. The course was a dramatic change from Harthill, with huge sweeping corners, plenty of line choice, rocks and grassy off-camber turns. It was a perfect recipe for a great day of racing.

Many riders who attended their first race at the opening rounds of the series made the trip down to Cornwall, filling up each category and creating some entertaining viewing on the track which had been highlighted as a favourite by many racers.

Every race delivered clean, competitive overtaking, with riders shuffling positions constantly. With the rain seeming to hold off, the track ran faster and faster as the day progressed, which only upped the ante heading into semi-finals, where riders fought it out to decide who would take the A-final spots.

Joe Willougby showed great form in the Junior category, picking up his third win of the season after making his way back up from third place.

In the Women’s category, and at only her third 4X race, Sophie Cade claimed victory ahead of Loe Freer, and round 1 & 2 winner, Josie McFall. Julie Morrisey and Hannah Escott rounded off the podium in 4th and 5th respectively.

The Elite Men saw the return of 2019 Series Champion Connor Hudson after he missed the opening rounds. Scott Beaumont took a clean win ahead of round 2 winner, Charlie Currie after hitting the gate. Opening round winner, Zac Hudson held on to 3rd with Connor Hudson in 4th and Tom Bell winning the B-final to take the final podium position.

After hours of torrential rain overnight, Sunday morning greeted riders with a completely different course to what they had faced just 24 hours before. Early on in practice, many who had been easily tackling the proline found themselves scratching their heads. 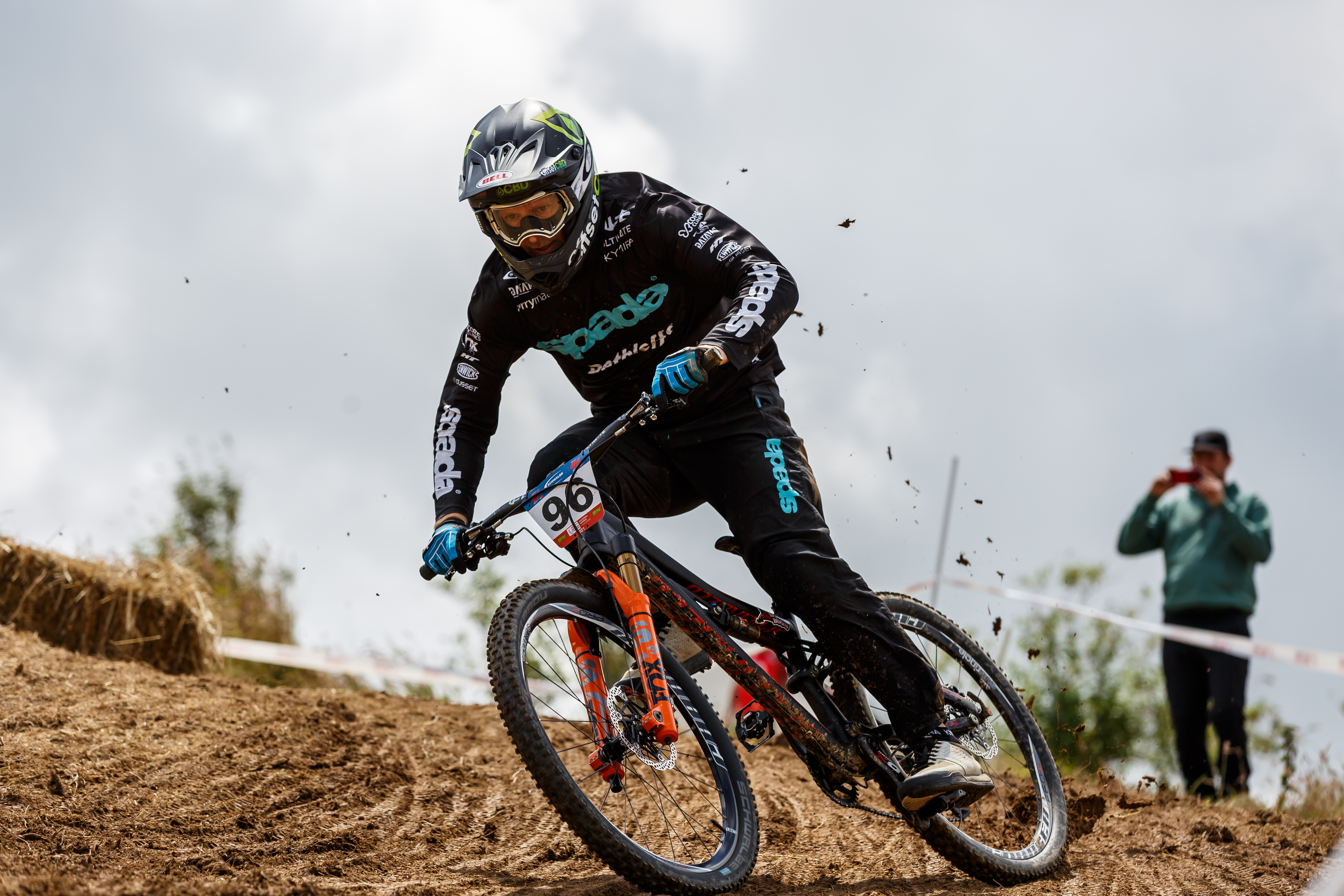 It wasn’t just the jumps that were causing issues. The off-camber corners in the lower section of track were now a total gamble in the new conditions. With the introduction of a sweeping grass turn around the rock garden, it was set to be an exciting yet unpredictable day of racing.

A few riders fell victim to the greasy corners early on in motos, however, with high winds and the sun beginning to make an appearance, the course began to dry quickly. By the time that semi-finals had rolled around the track was back up to its usual speed.

Joe Willoughby continued his winning streak and dominated the Junior category all day. His calm and confident riding style will no doubt lead him to more success this season.

In the Women’s field, Josie McFall had taken a hit in practice, injuring an already damaged shoulder and sitting the day out as a result. This allowed Sophie Cade to carry the momentum from her win the day before to claim her second 4X win. Hannah Escott held on to a strong second with Julie Morrissey finishing third.

Despite the rapidly changing conditions, the same four riders from round 3 found themselves in the Elite Men’s final. Scott Beaumont showed his form again to take his second win of the season, ahead of Zac Hudson in second, Charlie Currie in third and Connor Hudson in fourth. Tom Bell landed himself into the fifth spot again after winning the B-Final.