The Eagles team performed strongly throughout the day on Saturday and took the title in the final race of the day, before Lewis Brinkoff (Junior) and Matt Hill (Open) made it a weekend to remember by winning their respective categories on Sunday.

It was to be a successful weekend for Exeter Aces too, who also took home three national champions’ jerseys, in the under-14, under-16 and women’s categories.

The weekend kicked off with the team qualifiers, where Horspath, Wednesfield and Poole took first place in their respective heats, qualifying for the semi-finals alongside Great Blakenham, Birmingham, Ipswich and highest scoring fourth place team Coventry.

In the first semi-final Poole edged out Horspath by one point in a close-fought battle, with both teams qualifying for the final, while Ipswich stepped up a gear to run out as clear winners in the second semi. Having both finished on 44 points, a run-off was required to split Birmingham and Leicester, with Chris Timms defeating Craig Marchant to secure Birmingham’s place.

In the final there was no matching Ipswich, with the Eagles running out as clear winners by an eight-point margin over Horspath in second, with Poole taking the final podium place.

Earlier in the day JJ Wildman (Exeter) was victorious in the under-16 championship, ahead of Torsten Jolly (Kesgrave) and Charlie Parr (Kesgrave), while Craig Marchant took home the national champion’s jersey in the over 40 category, with Nicky Whitehead making it a Leicester one-two. Jason Ashford (Great Blakenham) was third. 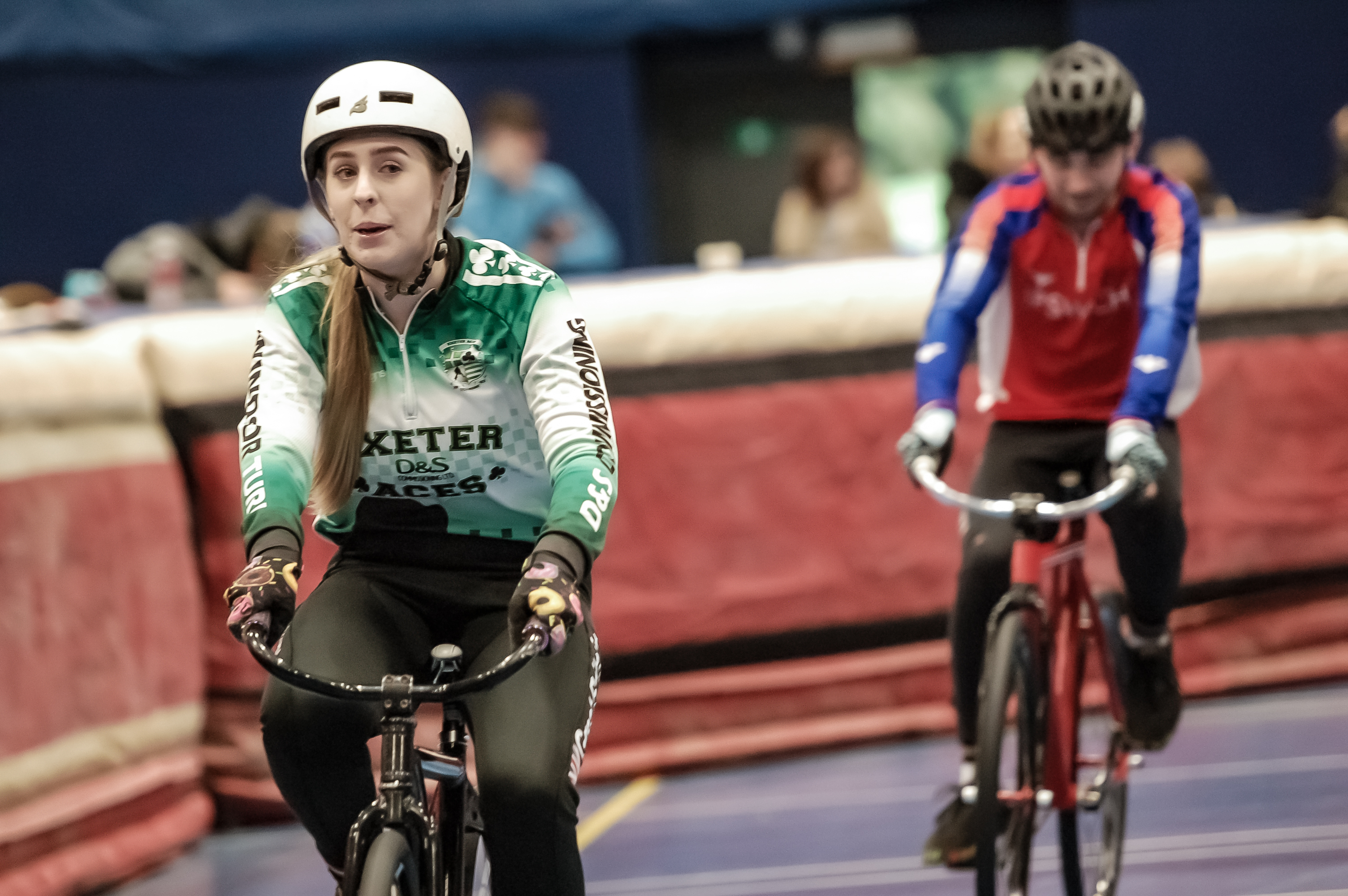 In the under-14 category Exeter’s JJ Wildman took his second title of the weekend, following victory in Saturday’s under-16 competition. He was joined on the podium by Ryker Jolly (Kesgrave) who secured second place after a run-off against Oliver Saunders (Poole).

In the women’s championship Lauren Hookway secured a third title of the weekend for Exeter – and her third women’s indoor title – with a commanding victory over Elizabeth Rigley (Leicester) in second and Lucy Whitehead (Leicester) in third.

The final place in the 16-rider final was decided by a run-off with the three sixth-place finishers, and was secured by Connor Tucker (Poole).

Despite finishing in third in his semi-final, it was Ipswich’s Matt Hill who took the title in the final race of the day. The podium was completed by Connor Tucker (Poole), who rode brilliantly to second after only qualifying for the final through the run-off, and Horspath’s Mark Boaler.

Huge thanks to all of the volunteers, riders, referees and spectators for their part in a fantastic weekend of racing.