Jason Kenny will be hoping to create a piece of Olympic history after advancing to the quarter-finals of the men’s sprint event on day three of the Tokyo track competition.

Team-mate Jack Carlin joins him in Thursday’s quarter-finals after the Great Britain pair, who won team sprint silver on Tuesday, put in strong performances in the qualifying stages of the individual event at the Izu Velodrome.

The pair will face stiff competition from Dutch duo Jeffrey Hoogland and Harrie Lavreysen who recorded the two fastest times in the qualifying segment which involves a flying 200m time trial.

Kenny qualified eighth fastest but Carlin was particularly impressive, placing third in a time of 9.306 seconds, the only rider to come within one-tenth of a second of the Dutch pair.

The team sprint saw Kenny collect the eighth Olympic medal of a glorious career, tying him with Sir Bradley Wiggins for the most ever won by a Great Britain athlete.

And any colour medal in Thursday’s sprint finals would see the 33-year-old on his own on top of that list.

The British pair certainly looked in strong sprinting form in the sudden death 1/32 and 1/16 rounds.

Carlin, 24, led from a long way out to defeat Australia’s Nathan Hart in his first race and made an audacious move to beat Muhammad Shah Firdaus Sahrom of Malaysia in the 1/16 round.

“I’m feeling good,” said Carlin. “It’s been a while since we’ve been in high, top-level competition and that blew the cobwebs away.”

Kenny also looked sharp tactically as he eased past Mohd Azizulhasni Awang of Malaysia and then held off home favourite Yuta Wakimoto in the 1/16 ride.

Katy Marchant had an eventful day in the women’s keirin competition before advancing to Thursday’s quarter-finals.

The Leeds sprinter rode superbly in her heat to take an impressive victory, only to be relegated for accidentally deviating from her sprint line in the closing stages.

That placed Marchant in the repechage round but she made no mistake in her heat, riding an even better tactical race, timing her sprint to perfection and crossing the line for a comfortable win.

In the men’s team pursuit, Great Britain’s four of Ethan Hayter, Charlie Tanfield, Ethan Vernon and Ollie Wood won their final ride against Switzerland, in a time of 3:45.636 - nearly five seconds faster than their gold medal winning time in Rio 2016. 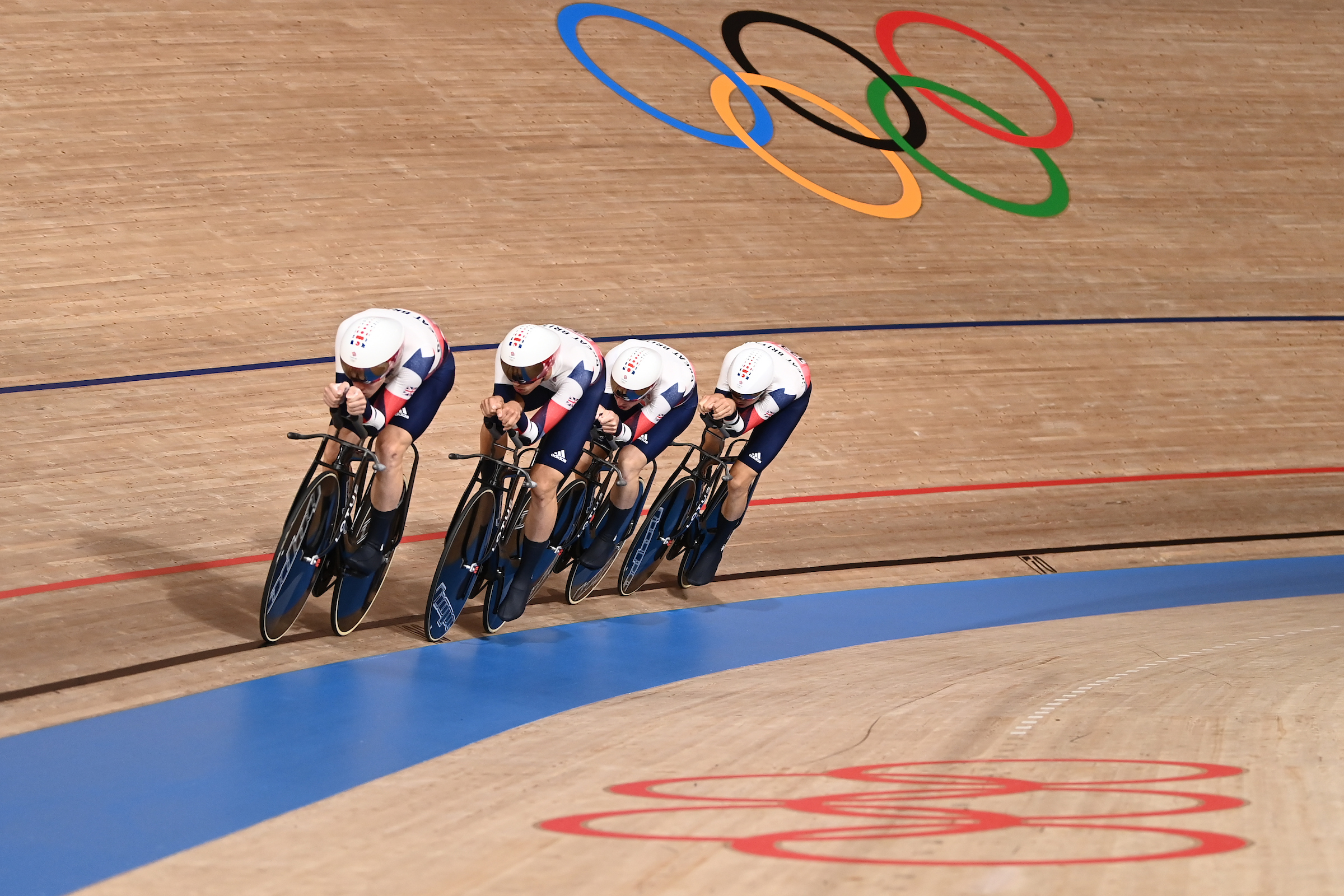 That left them finishing seventh overall after their spectacular crash on Tuesday had cost them the chance to ride for a medal. Italy edged out Denmark in a new world record time in a thrilling gold medal race.