Anna Shackley (Team 22) found the legs to claim the National Junior Women Road Race title and the Eileen Roe Shield on the Lathalmond circuit at Dunfermline.

Shackley who was arguably the race favourite after her win 7 days previously at the Witham 2 day race, read the race beautifully. Sitting in the bunch on the opening lap of the race she allowed her teammates, Flora Knight and Zoe Watters to control the pace in the opening stage.

Towards the end of the second lap Shackley along with Knight worked their way to the front of the race, gradually increasing the tempo

The Team 22 pair sensed a reaction on the penultimate lap and a group of some 10 riders made the gap off the front, with juniors; Shackley, Watters and Kate Richardson mixing things up with a group of seniors that eventually split the race apart. It was inevitable that the eventual winner would, barring any incident, come from the break.

Shackley jumped in the closing meters leaving senior riders; Sharon Bird (Edinburgh RC) and Beth Harley- Jepson (Edinburgh RC) to fight for the runner up spots as she claimed overall victory in the race alongside claiming the Scottish Cycling National Junior Women’s Championship. Flora Knight finished 4th in the race and 2nd junior and a mature ride by Kate Richardson, 6th overall and 3rd junior across the line. 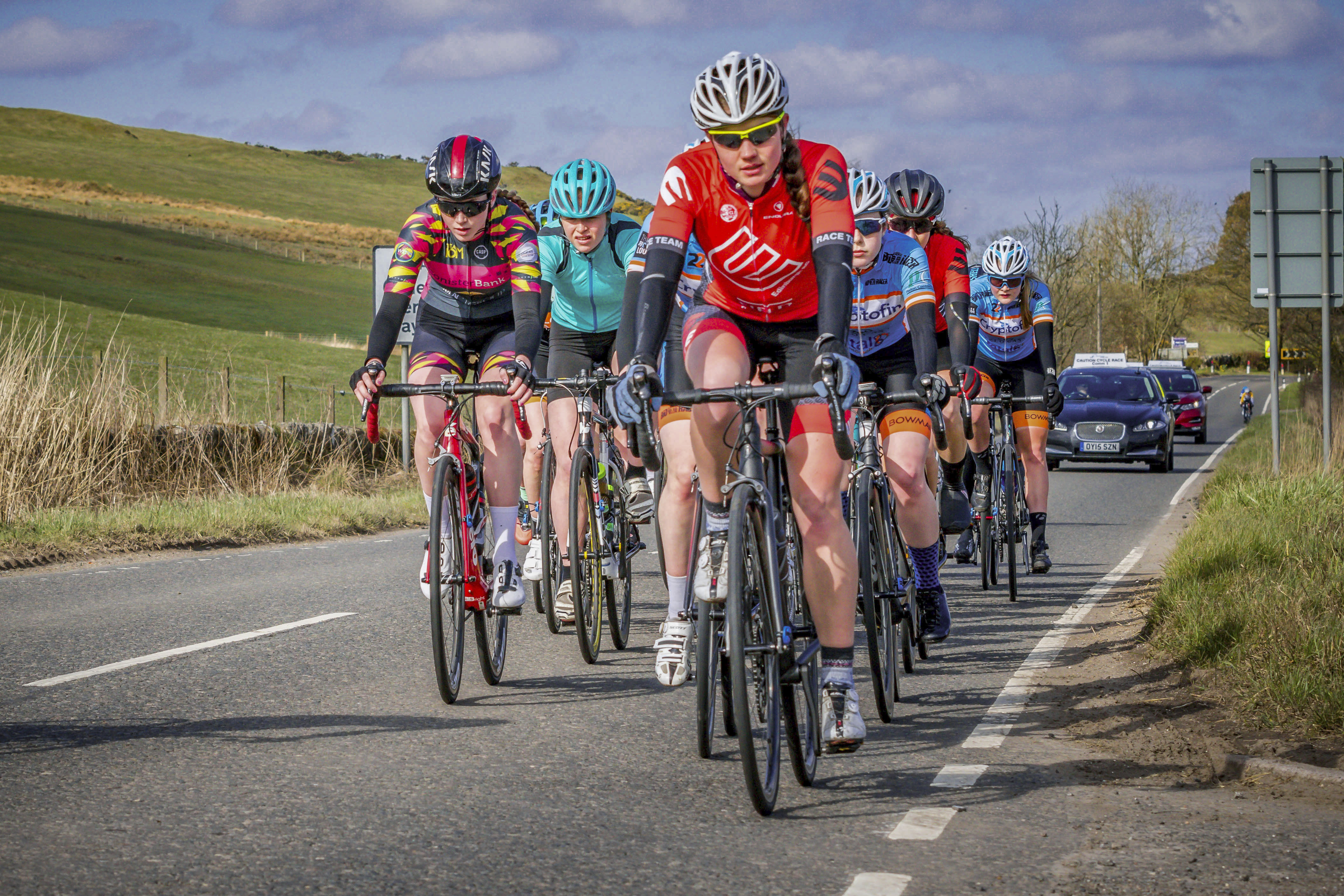 Anna Shackley: “I haven’t done that race before but I really enjoyed it. I didn’t start today with any plan but the pace was good and I thought the win could have gone to any one of the junior riders.”

Oran McConville (Spokes RT) came out on top in the junior men’s race to take the National Junior Road Race title and the Jack Murray Trophy.

A junior field of 14 riders was run combined with a seniors 3rd / 4th category race and it was to be a close fought day on the bike, with the senior riders attacking throughout the race, whilst the juniors sat in the bunch sheltering from the harsh wind, letting the seniors control the race. 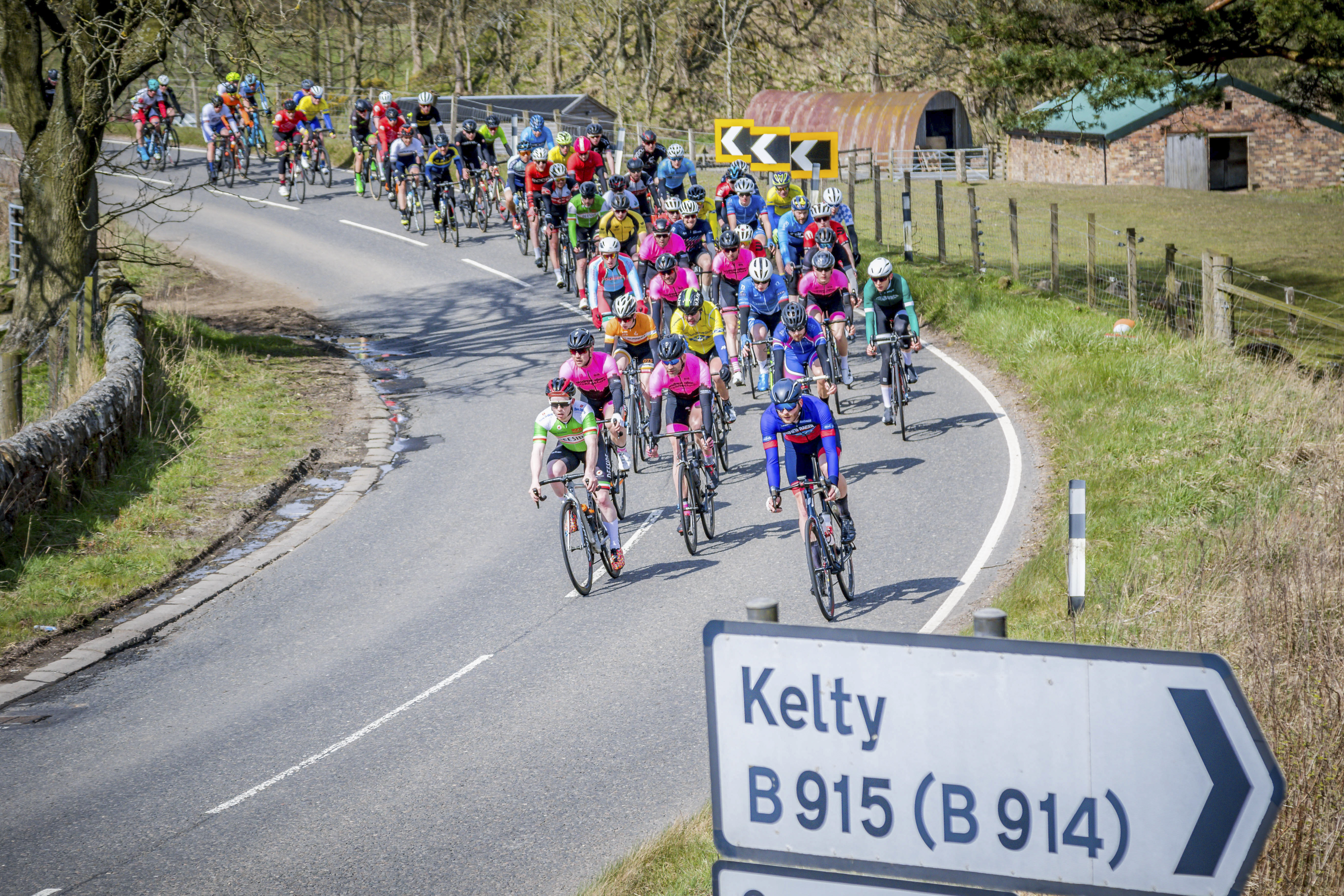 Despite multiple attacks, nothing seemed to stick with the main field reeling any potential threats in quickly and the strong headwind prevented anyone for taking their chances out in front along for very long. On lap 6 eventual winner, Craig Gow (Team Andrew Allen) made a move that stuck, his move spurred junior riders McConville and Christopher Hordon to take the initiative in their race, gradually carving their way through the bunch to the front.

Sensing danger, the Edinburgh RC trio of Louis Doig, Kyle Thomas and George Freeman made their move marking the two Spokes riders in the closing stages of the race.

In the end the junior race was decided by a ferocious bunch sprint that saw just 5 seconds separate the top 7 finishers. It was McConville that proved the strongest of the day securing the win, with team mate Horden picking up 2nd and Doig claiming 3rd. 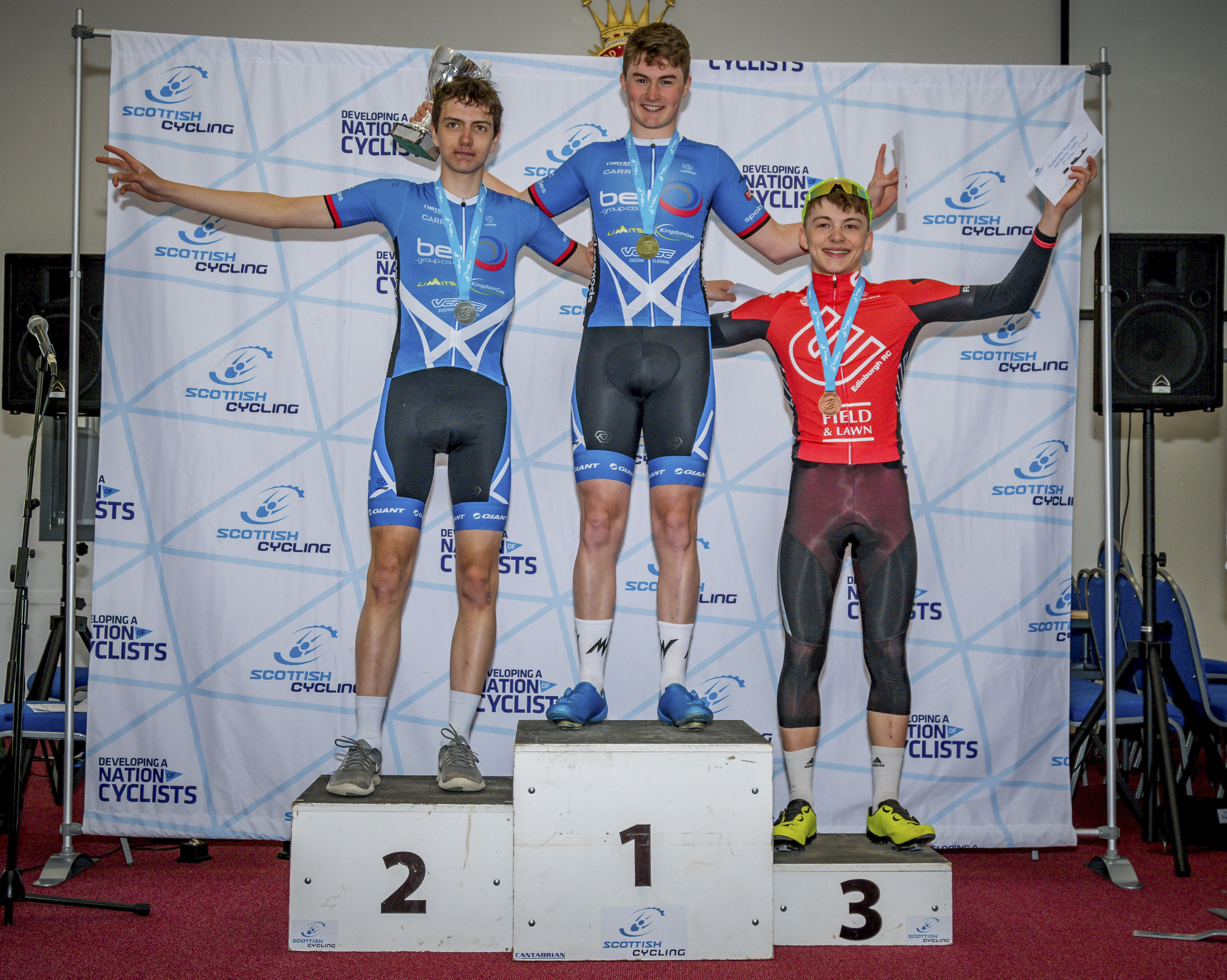 Oran McConville: “Everyone was tightly packed in the group but I knew I had to stay towards the front, especially at the start. I didn’t have any kind of race plan; I just waited to see how the race developed lap by lap. I’ve raced all the other juniors before, except one so I had an idea of who my challengers would be."