Scottish riders started the season well at the first round of the British MTB series at Sherwood Pines this weekend. Edinburgh RC Martin Currie rider, Emma Borthwick, got the show on the road with a fantastic 2nd place in the juvenile girl’s race.

In the juvenile boys Calum Grant (PCC) showed promise for the future picking up 4th   position in the juvenileboys (and will be gunning for the podium at the next race!). The Youth girls race started well with Lucy Grant (PCC) leading the race out however the lead was taken over by fellow Scot Isla Short (I Cycles) who then proceeded to crash and lose the race lead. Jenna fenwick and Eve Hanlon Cole (PCC) pushed on and finished 5th and 7th respectively.

With many of last years successful youth riders moving up to junior, it was left to 2011 juvenile Champion, Calum McGowan, to take on the older youth riders. He did a fine job in his first year in the category finishing a fine 4th place. 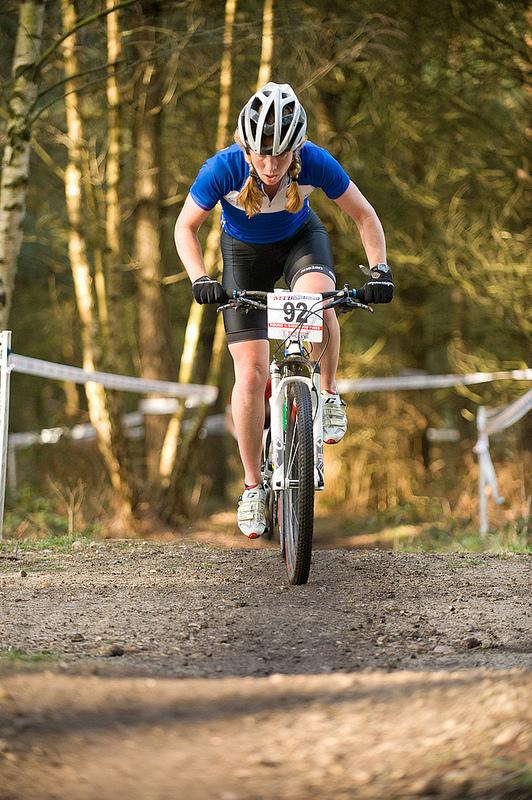 With selection for the first round of the World Cup on the line the Junior race was going to be a real test for all the riders.  Tom Evans (Ben Wyvis Bike Club) got off to a great start by leading the race out into the first single-track. After half a lap Tom had split the race and there was a lead group 4 riders, this eventually whittled down to just Tom and Alex Welburn (Cycleshack /Forme coaching). Into the last lap, Alex took the initiative and opened up a gap that Tom just couldn’t close taking the win by just 20 seconds! Iain Paton (CNP Orbea) rode thought the field well for a mid pack start position to sprint for 3rd place but just missed out to Mike Thompson (TEF/Richardson’s racing).

The Elite race started well for Lee Craigie, having suffered some bad luck at the first round of the World Cup the previous week in South Africa. Lee put this behind her slotting in behind World top 10 rider, Annie Last holding this position until then end of the race 2 minutes up on 3rd place. Katy Winton was hoping for a solid start to her first year in Elite and didn’t disappoint finishing in 8th position just 1 min back on 5th at the end of 4 laps.

The Elite men’s race was going to be a fast race with many international riders over to get points the pace was frantic from the start! Kenta Gallagher had a great start and came through the first lap in 3rd place, after a race long battle with a group for 8 riders at the front of the race Kenta had to settle for a still excellent 5th place in only his 2nd year in the elite category.