Organisers of TweedLove Bike Festival, in association with Alpine Bikes, today (Thursday 15 March 2012), unveiled what they believe to be the biggest and most comprehensive programme of events ever seen at a UK cycling festival.  Attracting riders from throughout the UK, the extended 2012 programme of both free and paid events will be staged across the cycle friendly Tweed Valley in the Scottish Borders from Saturday 26 May to Tuesday 5 June 2012. 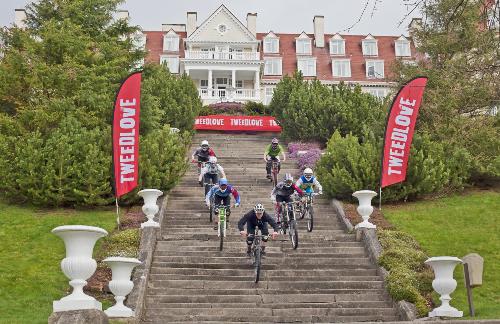 The extensive TweedLove programme, which has been extended from a week to ten days to include the Queen's Jubilee holiday weekend, will reinforce the Tweed Valley's reputation as the UK's premier cycling destination.

Following public sector funding awards from EventScotland and Scottish Borders Council, alongside a successful private sector sponsorship campaign, some major new events have been added to last year's busy roster of races, guided rides (both on and off road), and cultural events. Many events are free, and the choice is wide and varied, with events for children, families and novice riders, right through to cutting-edge races for expert mountain bike and road racers. Above all TweedLove is about getting out there and having fun on a bike.

Paul Bush OBE, Chief Operating Officer for EventScotland said: 'The strength of the 2012 Tweedlove programme is testament to how the festival has grown over the past few years, with a number of new elements guaranteed to attract visitors. The children's events are particularly exciting, and will introduce a new generation of young people to the sport. Scotland is the perfect stage for events and the Tweed Valley is the ideal setting for the festival, providing the terrain and scenery to appeal to cyclists of all ages and abilities.'

New events for TweedLove 2012 include:

POC King and Queen of the Hill - Sunday 27 May - A major new mountain bike enduro race with a prestigious start and finish at the famous Peebles Hotel Hydro. Riders compete on a series of timed stages throughout Glentress Forest, with one of the longest timed descents ever to feature in a UK mountain bike race, for the crown as ruler of the trails.

Bivvy Night - Sunday 3 June - TweedLove has recognised the increasingl popularity of the mountain bikers' 'bivvy (bivouac) night'. Riders carry lightweight camping kit with them on an overnight adventure up into the hills.

Mountain Bike Skills Sessions & Events Programme for Women - various dates and venues - A number of subsidised skills sessions to help novice riders get the most out of mountain biking; as well as more advanced training for prospective racers, and a schedule of free women-only classes and guided rides.

Women's Town Centre Criterium - Tuesday 29 May - In 2011 TweedLove launched the Peebles Sprint, a fast and furious town centre criterium road race. A women's race has been added to the evening's spectacle, preceeded by the hugely popular Family Ride, with hundreds of children and adults riding through the car-free town centre.

Kidzone - various dates and venues - There is a huge variety of events for children of all ages and cycling tastes. From a full-on kids' downhill race at Innerleithen to the spectacular new Mini Mash-Up, a town centre balance-bike race for the under fives, to kids cross-country, pumptrack and fun skills sessions.

In addition to these events, there is a buzzing programme of other activities, both on and off the bike.  The highlights include:

Glentress Seven - Saturday 2 June - Glentress - The headline cross-country mountain bike race for TweedLove returns. This is a seven hour race, with a course made up of some of the best tracks and trails on offer at Forestry Commission 7Stanes Glentress Trail Centre - For teams and individuals riders.

With a great reputation as a live act and a fast-growing following at home and abroad, We Were Promised Jetpacks are one of the hottest Scottish indie rock acts of 2012. Their performance (with special guests to be announced) will provide a perfect cultural climax for TweedLove.

Skinny Tweed and Natural Tweed - Sunday 3 and Tuesday 5 June - Two big rides on fantastic routes around the Tweed Valley - one on the roads and one on tracks across the hills. Free and hosted by resident enthusiasts with the all-important local knowledge. 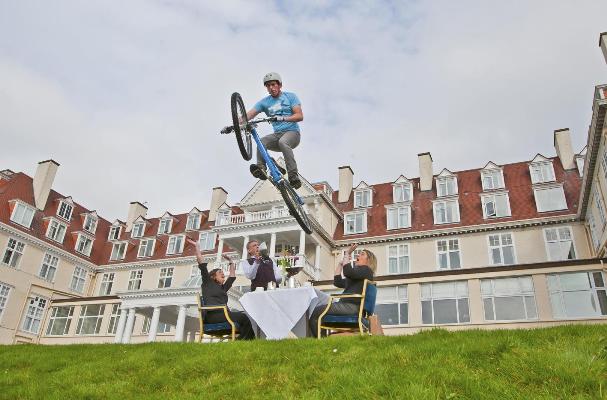 The Tweed Valley is a unique community with a huge population of resident bike enthusiasts, all keen to welcome visitors and share the area's unrivalled amenities.

Early indications from entries to two events, already announced, show that riders are keen to make the journey to the Tweed Valley from all over the UK.  This, combined with an economic impact estimated at over half a million pounds in 2011, proves that TweedLove is a great example of how important cycling and mountain bike tourism is for Scotland.

TweedLove Bike Festival director, Neil Dalgleish, said: 'There's so much riding on offer at TweedLove this year, you'd be totally exhausted if you tried to do it all.

'TweedLove started as one or two events for local enthusiasts a few years ago and has grown massively year on year. Its success is definitely down to the local population who are keen to make bike tourism and the cycle industry a bigger part of our economy, together with the unique concentration of top class biking amenities on our doorstep.  However we wouldn't have been able to grow and develop the festival without the continued support of our public and commercial partners. '

'There's nothing like this festival anywhere else in the UK, and there's nothing like some of the events we have on offer either.  More than anything, TweedLove is about how good riding a bike makes you feel - and what better way is there to spend that precious extra time we have off for the Queen's Jubilee?'

Vicky Davidson, SBC's Executive Member for Economic Development said: 'TweedLove has grown in size and stature since the Council first supported it.  I am delighted that even more businesses are involved around the additional activities being developed to showcase the Borders as a place to cycle.  Events such as this boost our growing reputation and help us attract other cycling tourism activity that we can promote and market through cyclescottishborders.com.'

For further information on the 2012 TweedLove programme and to book your place on some spectacular free and paid cycling events go to: www.tweedlove.com