Article and Image by: Alan Denman 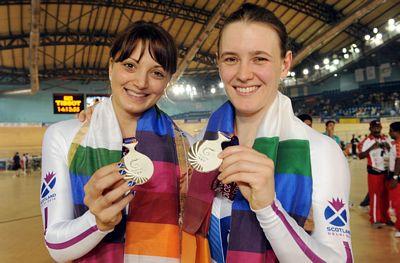 Our guest of honor will be Scottish Elite female rider and Commonwealth Games silver medalist Charline Joiner. Charline won her silver medal in the team sprint discipline on the track.

The day will start at 11am at Laurieston village hall with a road ride with Charline. Also present will be the brains behind Scottish Cyclings performance programme, Elite performance coach Graeme Herd, aswell as the Great Britain Olympic Talent Team national coach Mark McKay. Both Graeme and Mark along with the Scottish Junior road squad will be riding with the groups.

The ride will be followed by a buffet lunch and then the prize presentation with Charline. Graeme Herd and Mark McKay will also be giving some information on how their programmes work to give South West youngsters an insight to what could lay ahead for them.

All South West riders that took part in the series will be awarded their prizes for the year. This will also be a chance to say a big thank you and well done to all the volunteers that helped make the series a success.

An invitation is also extended to all riders in the South West whether they took part or not and to any non South West riders that took part in the series.