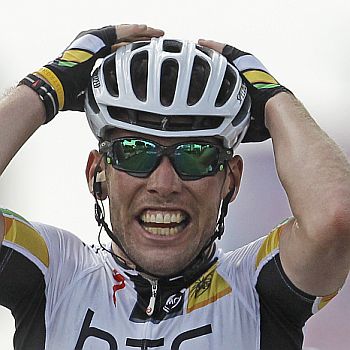 Adding another layer of intrigue to the mystery of where Mark Cavendish will be plying his trade in 2011 is the news that his current team, HTC-Highroad, are to fold at the end of the season.

A statement from the team reads:

"After an exhaustive search to secure long term sponsorship we have concluded that it's time to release our team members to pursue other options," said team owner, Bob Stapleton. "Our team's success has been based on our outstanding people. It's in their best interest that we make this decision now."

"The team has had unmatched athletic success," continued Stapleton. "The dedication shown by our athletes, management team and staff year after year has been exceptional. Together they created one of the most successful teams in cycling's history. Our athletes are the most sought after in the sport, and our management and staff are the most capable in cycling. They will lead new teams and the sport forward. Helping to create the individual success of the people in our team has been the most important and enjoyable element of our management team. We wish everyone the best for the future."

"Finally, we would like to thank our partners who worked very closely with us over the years to help set Highroad as the benchmark for elite cycling teams," added Stapleton. "We are very proud of the performance and value we gave our sponsors and our fans."

The team will race through the end of the 2011 season and likely reach its 500th race win since its inception in 2008. To date, the team has won 484 races including 54 grand tour stages and has a large collection of classic and stage race victories to its name.