Joey Walker produced a searing burst of sustained speed to power to victory in the final HSBC | UK National Circuit Series victory of the season in Colne.

The Team Wiggins rider was constantly on the nose of the lead, which changed hands multiple times in a rip-roaring encounter in Lancashire.

A group of 12 riders eventually broke clear of the rest, Walker among them, and it was he who kicked on to clock his second Grand Prix victory of 2018 after his triumph in his hometown of Sheffield seven days ago.

Despite JLT Condor’s Matt Gibson opening up an unassailable lead in the series following the last round of racing in Barnsley, there was still plenty at stake and the competition started at a frenetic pace, with gaps opening up almost instantly.

Gibson missed this final round due to a broken thumb and it was Canyon Eisberg’s Jack Pullar who took an early lead before being reined in by teammate Rory Townsend and ONE Pro Cycling’s Jake Scott.

Rob Scott, winner in Skipton two weeks ago, then made his move on what was a fast and furious evening of racing in Lancashire, but he was also quickly nullified as the pack reformed.

Fred Wright then took up the mantle and charged clear for the first sustained lead of the encounter – but despite flexing his legs, he too was caught by the chasing pack.

More jostling followed before 100% ME rider Wright and Walker then broke clear once more, spearheading a leading pack of six.

Six soon became a 12-strong group which opened up a 30-second gap over the rest of the field, a lead which grew until the leading pack started to lap the rest of the competition.

The competition was fierce, the margins were fine and the pace was unrelenting. It needed a moment of pure power to unlock the group – and Walker provided just that.

He made a break with four laps to go and held off charges by Bostock and Latham to seal a terrific win in front of a lively roadside crowd.

His recent form has lifted him to second in the overall final standings of the Circuit Series, on 114 points behind JLT Condor’s Gibson on 126, who takes the title after a superbly consistent few weeks.

Tobyn Horton of Madison Genesis was fourth on the night and cemented third overall, level on points with Walker but with fewer race wins.

Team Wiggins also edged the overall team crown with 307 points, JLT Condor and 100% ME level on 280 in second and third respectively, again the higher finishes separating the two. 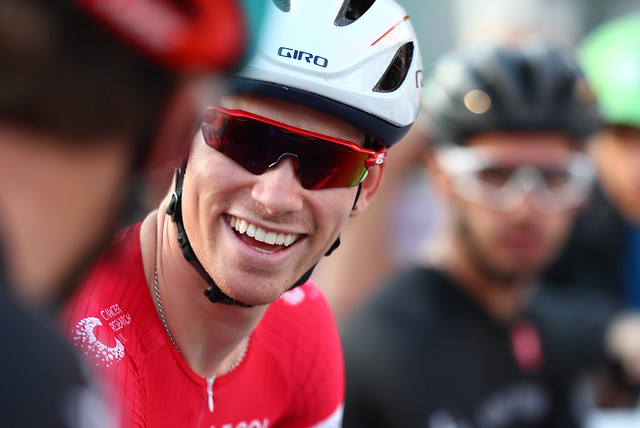