The Sheffield native struck the blow with three laps to go and duly held on with arms aloft, the perfect way to launch this week's Yorkshire double header in the HSBC UK | National Circuit Series.

Walker, of Team Wiggins, had time to revel in the appreciation of the crowd with a clear path to victory, followed onto the podium by Jon Mould and Tobyn Horton in second and third respectively.

But Matt Gibson, wearing the national champion’s jersey for the first time, still leads the overall Circuit Series ahead of another race on Friday, this time in Barnsley.

Indeed it was JLT Condor’s Gibson who made the early break in Sheffield, with the peloton stretched out into one line with splits forming almost from the outset.

The Steel City certainly provided a hard pace with Tom Pidcock the latest to try his luck, helping form a lead group of seven that held a narrow advantage in the hour-long race.

By then Walker and Tom Moses had already tried to make a break but, with speeds of 45kph being clocked on average, nobody could force themselves clear of the peloton.

By the midway stage the race was all back together but not for long as Fred Wright made his first move of the night for 100% ME – one that formed the direction of the race.

Caught to form a group of six, Wright now had company alongside him in the shape of Horton, Rory Townsend, Mould, Walker and Steve Lampier.

Despite the catch, the leaders were not content to just consolidate their advantage, stretching their lead to 40 seconds over the peloton.

Alex Paton and Tom Stewart took turns attacking but it was Pidcock who looked the most likely to bridge the gap – just as he did in Skipton a week ago.

The Team Wiggins rider posted the fastest lap of the night with a 1’43” effort but JLT Condor’s Ian Bibby didn’t allow him an easy ride, eventually being swamped by the peloton.

With three laps to go, nearly a minute separated the six riders from the group and it seemed clear that the winner would come from this bunch.

At that point Walker decided to make his move, pushing off the front with the support of the Sheffield crowd helping him every pedal of the way.

Come the bell and Walker still had the lead of his counterparts, looking in great touch as the line drew ever nearer for the 20-year-old.

And he proved himself more than capable of riding in the big occasions, duly holding on to take a vital win in the Steel City on roads he knows better than most.

It's a success that has thrown the Series open after four rounds of racing, with Walker, Matthew Walls and Horton all locked together on 64 points in second place.

But there is plenty of work to do if they want to catch leader Gibson, streaking clear on 98 points after his seventh-place finish, with his JLT Condor outfit sitting top of the pile in the team standings. 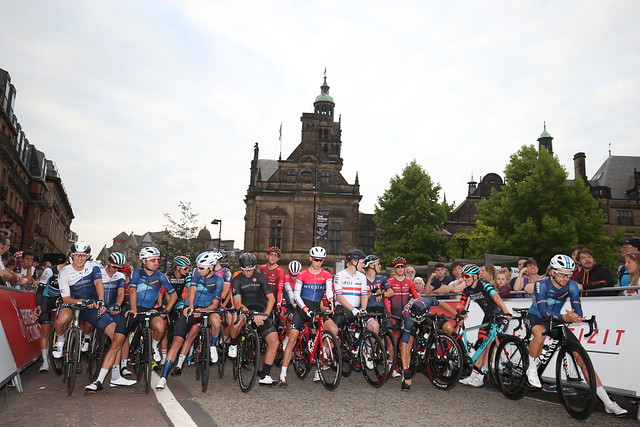