The former Junior World Champion was imperious throughout and won both rounds in Manchester.

The men’s event was a tighter contest, with Kye Whyte returning from injury to win round one before Paddy Sharrock secured his first elite win in round two.

Step up in class

Making the step up from junior to elite level racing is never easy but Shriever took to it like a duck to water.

She dominated the junior ranks and maintained that at the elite level, showing her class by making it a clean sweep in all her races - taking the win in both round one and two of the weekend.

“I have really practised my starts out of the gates in the winter training block and focussed on taking each lap smoothly,” she said.

“Manchester is a really unforgiving track, you make one mistake and you end up paying for it. It’s all about keeping calm and being very calculated in your moves and getting as much speed as you can.

“It’s a great to kick off the season with the two rounds under my belt and now I’m just looking forward to the rest of the season.”

Charlotte Green once more proved a worthy rival, fighting tooth and nail to the line but once again the superior and calculated ride by Shriever left Green on the back foot.

She took second in round one, while Charlie Hartwell took the runner up spot in the second round behind a seemingly untouchable Shriever.

Back with a bang

In the men’s event, Whyte returned from a lengthy injury absence but showed no signs of rust as he flew out of the blocks in all of his races to win the first round.

He lead from pole to flag in every one, giving cause for optimism ahead of the season.

In the second round, he had to succumb to the fast finishing powers of Sharrock - who took his first elite win of his career, pushing Kye into second and round one’s runner up Eddie Moore into 3rd.

Whyte said: “I’m feeling pretty tired but this opening round of the nationals went pretty good to be fair. I was winning all day and rounded that up with a win the final too so not a bad day out.”

Sharrock added: “I’ve waited 3 years to get this win. I was pushed all the way to the line by the other guys but pleased to have held my line to get the win.” 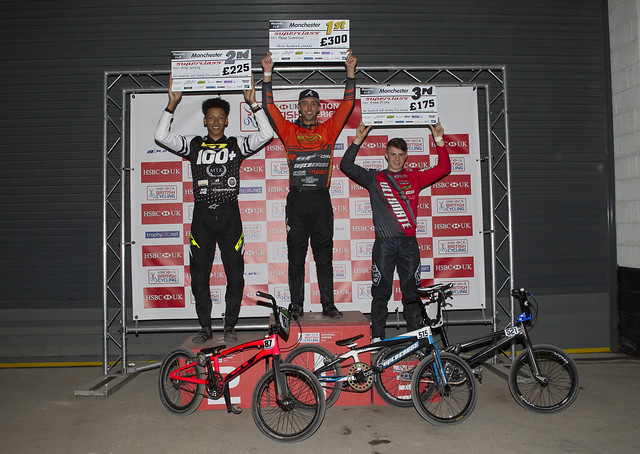