Tony Kiss is the winner of the 2012 Ras De Cymru after victory on the top of Llangynidr Mountain. 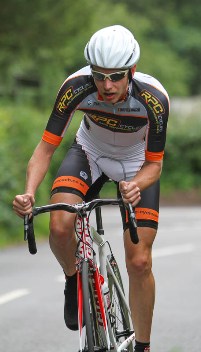 Kiss was second on GC going into the final stage but crossed the line ahead of team-mate Adrian Bird in the leader's yellow jersey to take the overall by a mere 2 secs. Afterwards Kiss was full of praise for his fellow Rapid Performance Coaching riders who had worked so hard, after their first position in the team time trial had elevated him and Bird to the top of the GC.

Reports and results for all stages can be found on the event website http://www.cadencecycleracing.co.uk/