Sue Clarke has made a big impact on the British mountain bike scene in 2009, challenging for podiums in the National XC Series and becoming the number one British rider in the UCI Rankings - currently sitting 56th in the World. To some Clarke is a new name to the world of XC racing, but as Luke Webber discovers the brand new Sue is a mountain biker with more than a little history.

Five years ago Sue Thomas was British Cross Country Champion - but that name means nothing today. To some, the brand new Sue appearing at the head of races is a fresh moniker; a woman back to her best to those who filled the gaps. But aside from racing and unknown by many is a six year transformation, which for today's Sue is defined by a change of surname and her marriage to Barrie Clarke. For the first time Sue Clarke has decided to talk about a battle back to top level mountain bike competition which began after the race of her life - tenth at the 2002 European Championships.

In that year Sue also rode in silver medal position at the Manchester Commonwealth Games, eventually finishing eighth - the aftermath of which was spent sheltering under a bus stop waiting for a ride home - the run-up to such results punctuated by great sacrifice that comes with living life within the professional cyclist's bubble; like the passing embrace with family who for months were strangers. It was living life "from the high to the low" as Sue expressed, poetically.

The lowest low was yet to come however for the rider who since 1994 - the year Sue represented Britain in the Junior World Championships - had held cycling as a dominating force in life.

Somewhen between coming back from a mis-diagnosed broken ankle in 2003 and winning the 2004 National Championships on six weeks of intense training the limit would be reached. Racing would become inconsistent and while there were highlights, because these were never eclipsing previous benchmarks, they were ignored.

Damage limitation moved into place through 2005 with a season of cyclo-cross culminating in selection for the World Championships. It was a step toward a rescue plan and by early 2006 there were regular training camps in preparation for round two of the Mountain Bike World Cup. The event was a turning point, but for all the wrong reasons. Finishing 66th in Madrid represented failure. The trigger was pulled. The only question was the extent of the wound.

FIGHTING FOR A REAL LIFE
It took eighteen months to recover from that hit, but it could have been overnight judging reaction from some upon Sue's return. It had not been a simple comeback; because even though performances on the bike looked easy, off the bike the comeback was long and challenging.

The first step on that journey was taken by regaining control of life away from cycling; and to restore that balance Sue is certain that Barrie played an instrumental role. For many the partnership between the lively Liverpudlian and a quiet southerner was doomed to fail, but that wasn't so obvious to Sue.

"He's very laid back and quiet, I tend to go the other way. Some can't believe how we are suited, but we bring the best out of each other. He has taught me to appreciate myself; I'm not Sue the one-dimensional racer. After more than a decade obsessing about the future it is nice to take an outside look and start to appreciate yourself, the things you have done - things that can never be taken away from you - it's a very big confidence boost. When I think of what I've been through it is a bit of a joke, I'd never want that again, but it has made me who I am. I like to think with the help of others I've improved Sue." 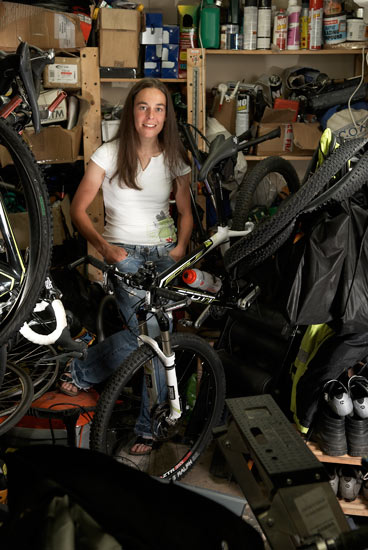 LIFE MANAGEMENT
That appreciation reached a defining point in April 2009 when Sue would compete in her first World Cup since Madrid three years previous. Houffalize was the destination, but in those three long years, a change in attitude which resonated through every race performance was no different when approaching the World's most renowned cross country race.

Such a step-change took time to implement and it started in 2007 with a positive psychological outlook and once a balance was reached, life could resume. Soon cycling became another part of the daily routine, but I struggled to understand how it was possible to ride again when fitness was at an all-time low - surely stepping back to being a normal rider was hard to take?

"It was hard to do my local routes when I knew how fast I had been; sometimes I was going half the speed. But I had to ignore that because I was riding a bike. I just started over and with new goals relative to where I was at the time, not where I used to be."

For the first time in years Sue was also enjoying cycling away from competition, taking cycle touring holidays - where the main focus was making it across Cols and to the next campsite. As we talked Sue was excitedly showing me past routes over famous Tour passes and recounting stories of creeping up the mountains with massive panniers in tow, before bedding down for the night. It was a new kind of cycling adventure and one which Sue could appreciate. With good company in the form of Barrie and every day heralding a new challenge, there was suddenly a reason to ride a bike other than training. 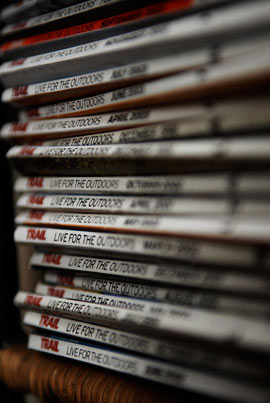 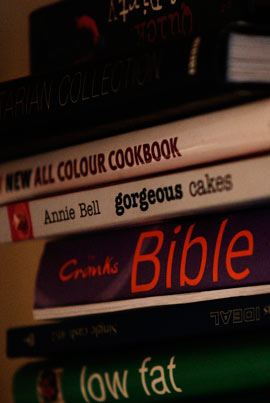 NEW NUMBER
Inevitably though, in Febraury 2008, Sue had to come back and race again. I expected a series of build-ups to the first time back, but it was testament to a change in lifestyle that this time, the story was different.

"I went through a process to prepare myself for the routine of packing and getting ready to travel, sign on and get the number on the bars. It was quite a huge deal for me to turn up to a bike race - to return to that routine but to approach it in a different way."

The real test however was yet to come at the first National of the season. In an environment where many recognised the face - although were a little confused by the name - there was expectation of a comeback marked by a podium at worst, whereas Sue's aim was far more realistic.

"The only aim was to finish the race as I not finishing would have been a psychological disaster. I was seeing people I'd not talked to in four years and everyone was actually really encouraging which massively helped me."

In twelve short months, Sue would go from the Welsh XC to lining up in Houffalize, Belgium following a promising season of domestic mountain bike and cyclo-cross. Some would have targeted a big result but it was a return to the understated Sue that would yield the best outcome.

Whereas Sue described racing in the past to me as "impossible to enjoy - riding yourself into the ground every day and the one day you feel good is a high pressure race situation"; the trip to Belgium was treated as Barrie's holiday to meet up with some old friends. Finishing 52nd indicated there was something to race for in the future. "After all" Sue told me "Sabine Spitz became Olympic Champion at 37 years old. I'm not on the scrapheap quite yet."

And that attitude was one proven at the European Championships, where Sue finished a creditable 22nd position in her first international mountain bike championships since 2002. 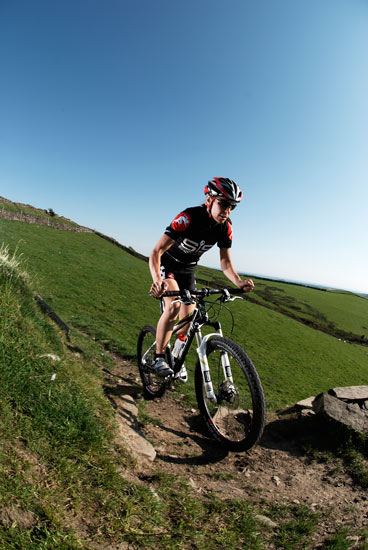 With this form in mind there are already trips planned to Canada for the Mont St. Anne and Bromont World Cups, along with races in Spain and Turkey. But the reason behind choosing these venues is more to do with the experience of travelling to new places and experiencing different cycling scenes. Obviously big results make such trips more worthwhile, but there are no big budgets and swanky hotels. Everything is done on a shoestring with help from sponsors like Science In Sport, X-Lite and personal friends who act like an extended support group.

"None of these friends are helping me on a paid for capacity" Sue beams. "Instead they form a sort of support group. Barrie, my parents, some close friends and family and several coaches. Together they all contribute something different and it gives me a unique set of perspectives. When I was a pro I had the professional help but was missing out on that personal relationship and it's important for an athlete to have that - without it you make mistakes. I'm in a different place now though; I have a home in the country, a dog and more of a life."

Today, Sue's focus is fixed on regaining a National Champion's jersey that still holds some bad memories - should those be put to rest you'd feel that a very interesting year is ahead.

"I value that title highly because but I never had the chance to have the presence in that jersey because I was ill and not racing. I felt a bit cheated out of it, guilty and down on myself. I don't see any reason why I cant have the form I had in 2002 when I was up there in the Commonwealth Games and tenth in Europe. I know how I got there and I am quite prepared to do the same again. I'm still the same person but I'm not on the scrapheap, I'm coming into my prime with a whole new outlook. I'm not trying to get back to something, I'm trying to be better than I was."

Five years on from her first National Championships and following her result at the European Championships, Clarke is one of the favourites for the 2009 jersey. You'll find out whether the fairytale comeback is complete right here on British Cycling Online, and in an all-new feature will be able to get Sue's take on the race in her British Cycling Rider Diary. You won't want to miss it.