The Great Britain Cycling Team powered to a historic bronze medal in the women’s team sprint on the opening day of the 2021 UCI Track Cycling World Championships in Roubaix – the team’s first world championships medal in the event in its new three-rider format.

The young trio of Milly Tanner, Lauren Bate and Blaine Ridge-Davis began the evening with a time of 48.388 to qualify for the first round fourth fastest, where they faced Poland. A narrow victory over the Polish team and a time of 48.066 saw them progress to the bronze medal contest, and a duel with Japan.

Sophie Capewell replaced Bate and delivered a commanding opening lap to put the British team in control, paving the way for Ridge-Davis and Tanner to bring home the bronze by a margin of over half a second. The result capped off an impressive month for the women’s team sprint squad, following a fourth-place finish at the UEC European Track Championships. 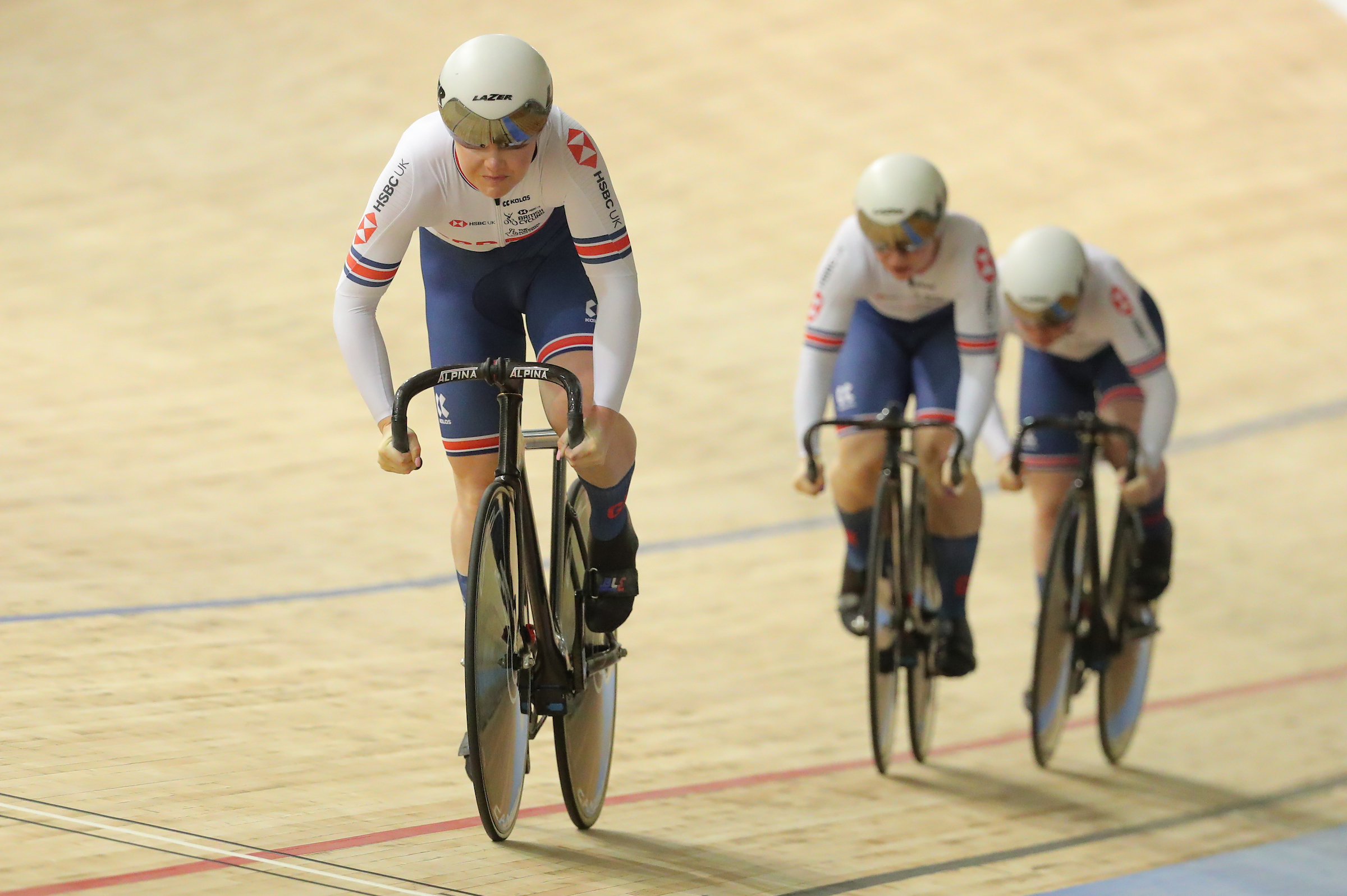 “It feels unreal, I’m lost for words. It’s my first world championships and Milly’s, and to be coming away with a medal is just unreal. I’m just so happy for all of us. We put in the work every single day and to see it pay off for all of us is a dream come true.”

“Paris is the ultimate goal, and it’s gone from a dream to a physical target written down, and I think that’s a really exciting thing in itself. These little markers keep building our confidence and that’s what we need going forwards. We need to keep chipping away and doing what we do, and hopefully we’ll get there.”

Following their bronze medal at the UEC European Track Championships in Grenchen earlier this month, the British men’s team pursuit team began their week by qualifying fourth fastest in a time of 3:53.722, setting up a first round tie against the fastest qualifiers Italy.

Despite defeat to the Italians their time of 3:51.577 was enough to secure a ride for the bronze medal tomorrow, where they will face Olympic silver medallists Denmark.

In the women’s team pursuit Katie Archibald, Neah Evans, Megan Barker and Josie Knight qualified third fastest in a time of 4:16.200, behind Olympic champions Germany (4:13.082) and Italy (4:14.176). The first round and finals of the event will take place tomorrow.

The young men’s sprint team, including debutants Ali Fielding and Hamish Turnbull, performed strongly to qualify fourth fastest, in 43.467, and faced Russia in round one. A blistering start – which included the fastest opening lap of the round from Fielding – saw Great Britain leading with just 125m to go, however a final burst from Russia saw the trio agonisingly denied the opportunity to ride for bronze by just 0.015 of a second.

In a cagey scratch race final, in which the bunch remained intact until the final eight laps, Neah Evans finished in 10th place.