Salisbury Plain played host to the Junior National Road Race and Time Trial Championships at the weekend, with a strong turnout of riders from across the country competing over a challenging, open course in Wiltshire.

Racing started on Saturday morning with the Junior Women’s Time Trial. Zoe Backstedt of Tormans-ACROG added another set of national stripes to her collection, posting the fastest time over a rolling 21.6km course. She crossed the line in 32:55.3, 38 seconds quicker than Madelaine Leech of PH-MAS - Paul Milnes Cycles and 51 seconds ahead of Millie Couzens.

The afternoon saw the junior men take to the same course, with Finlay Pickering of Fensham Howes - MAS Design taking victory with a time of 27:53.4 in some of the worst conditions of the day. The skies opened and torrential rain soaked the route making life difficult for later starters. Joshua Tarling (FlandersColor-Galloo) came in second just 25 seconds down on Pickering’s time. 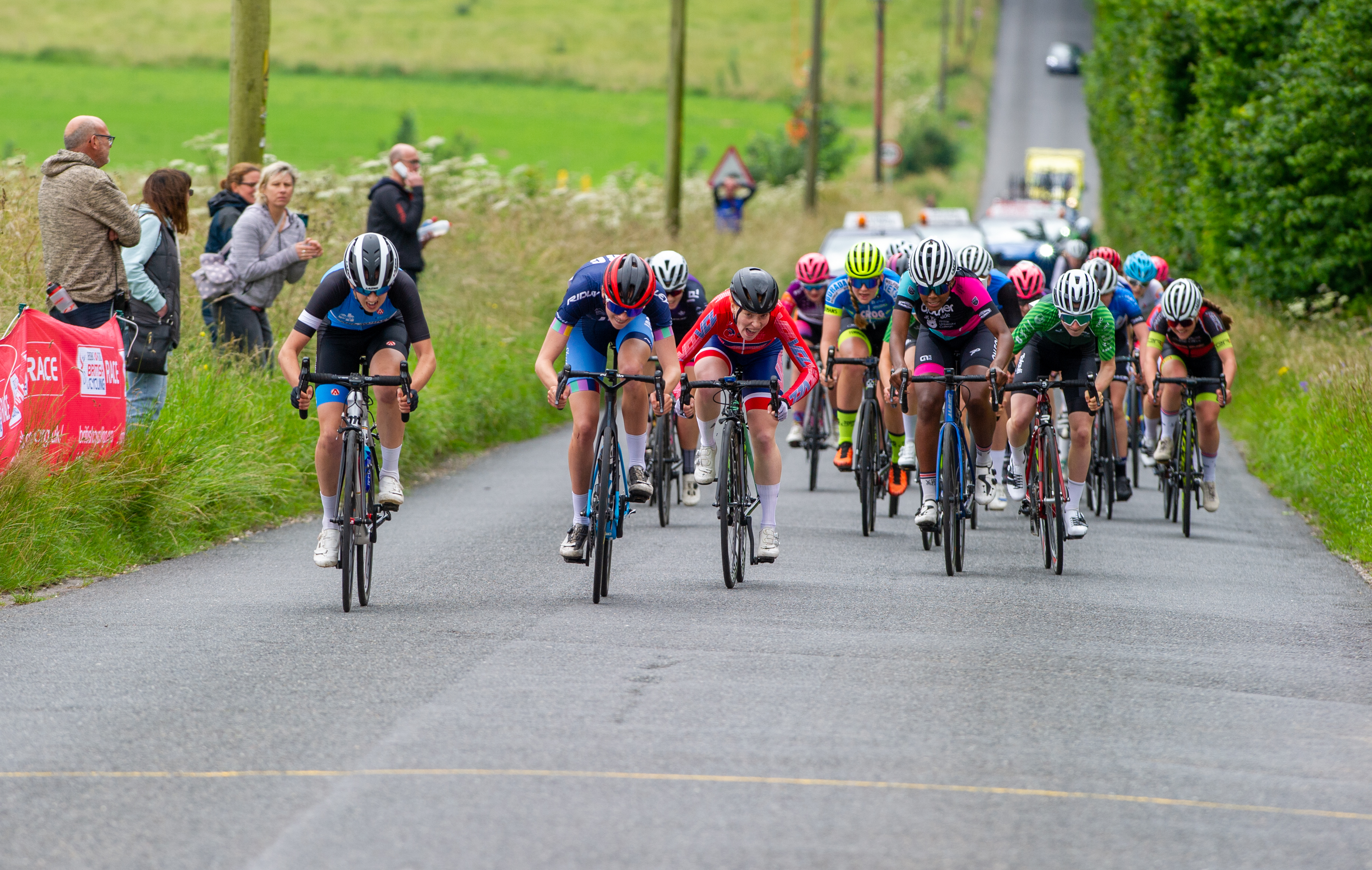 The race was a cautious affair with no one prepared to make a decisive breakaway. The PH-MAS - Paul Milnes Cycles riders attacked a number of times only to be brought back and the bunch reform, leaving the outcome to be decided in a bunch sprint on the final climb.

The junior men’s race later that day had to be halted due to two crashes and therefore a lack of medical cover less the half-way into the first lap of the 111km course. Four riders were also disqualified for dangerous, reckless riding after crossing the centre line of the road.

Despite the crashes and after a 30-minute delay, it was Max Poole of Fensham Howes - MAS Design who took the honours ahead of his teammate Josh Charlton, with Noah Hobbs of Backstedt Bike Performance RC winning the bunch sprint behind to complete the podium.

Jamie Whitcher (BmthCycleworks VitecFire FordCE) had a 44 second gap at one stage of the race, only to be joined with two laps to go by Angus Lawrence (Lee Valley Youth Cycling Club) and Callum Thornley (Spokes Racing Team), the three of them holding a small gap until being caught with one lap remaining.

But it was Poole and Charlton who struck out in the closing stages and managed to hold off the chasing bunch to take victory at the line, and making it a very successful weekend for the Fensham Howes - MAS Design junior men’s team.