The final day of the British Cycling Youth Circuit Series race saw five youth races for both boys and girls, with Askey and Sharpe prevailing in the A category.

Team RL360 Isle of Man rider Sharpe made it a home victory after finally getting onto the top step of the podium on Stage 3.

After finishing second on Stage 1, and replicating that on Saturday in Stage 2, Sharpe beat Towy Riders’ Eluned King in a race to the line to claim the stage win, and the overall Tour victory.

After victory on Stage 1 on the Isle of Man, Askey repeated the trick on the final day as he outsprinted Samuel Watson to take the win.

Oliver Rees, of Albion Cycling Co, finished third on the day, 11s behind the two leaders, with the general classification reflecting the top three on Sunday.

RST Racing Team’s Askey ended up five seconds ahead of Chevincycles.com/Trek’s Watson, with Rees a further 12s back.

The VMC Composite riders finished 3:34 apart, with Backstedt taking the overall win, while McGreevy split the pair at just 2:04 behind the winner.

And the Youth B Boys race followed the same pattern as the other categories, with Sunday’s Stage 3 result being a replica of the overall standings.

Hull Thursday RC’s Finlay Pickering took a convincing win in the final stage as he finished 2:37 ahead of Welwyn Wheelers’ Joe Kiely, with Bike Box Alan’s Max Poole a further 37s back.

That lifter Pickering into the overall lead at the end of the race, as he finished 59s ahead of Kiely, with Poole at 1:32 back. 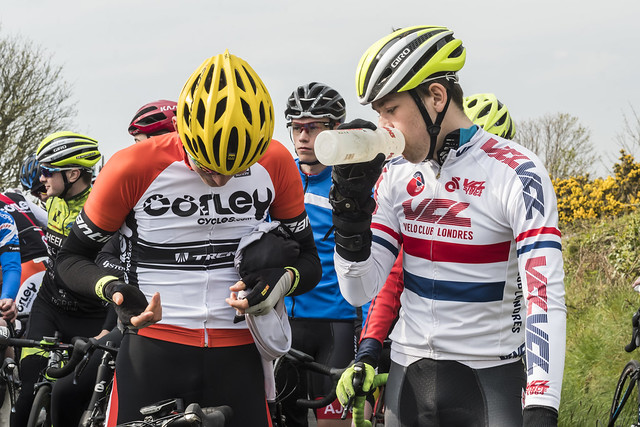