Elinor Barker concludes her Junior World Track Championships taking a silver in the Individual Pursuit, her third medal of the competition.

Elinor qualified second in the Individual Pursuit with a time of 2:25.537 to face Australia's Kelsey Robson in the gold medal final. First year Junior Hayley Roberts also competed in the event and just missed out on a medal ride finishing in fifth with 2:28.546

Soon after the event, Elinor took to Twitter to thank Welsh Cycling's Head Coach Darren Tudor for his help and support in the lead up to the Junior World Championships.

Wales' Elinor Barker earned her second medal of the competition, taking silver in the Omnium event at the Junior Track World Championships. 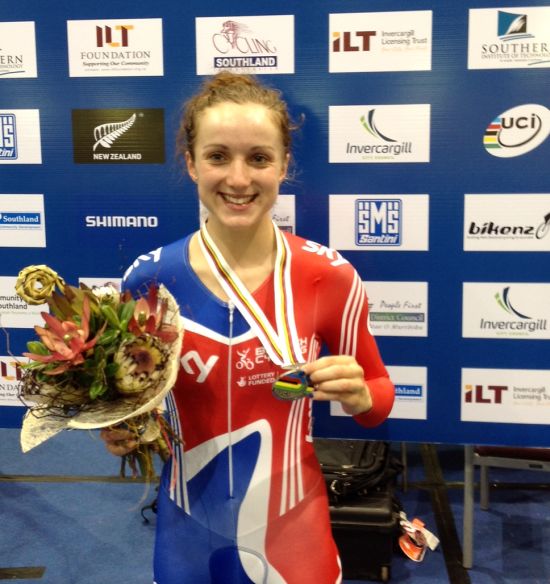 Barker completed her omnium campaign with second place in the 500m Time Trial. Day two also saw her finish seond in the individual pursuit and third in the scratch race. Australia's Taylah Jennings dominsted the Omnium event to win the world title; victorious in all six events.

The junior world championships closes tomorrow, with Elinor Barker and Hayley Jones back on the track competing in the Individual Pursuit.

After claiming bronze in the Team Pursuit and Points race, Amy missed out on a medal in her final event of the competition, coming 4th in the Scratch race. Despite being the fifth rider across the line, the USA's Jennifer Valente was relegated from first place due to an infringemnet, moving Roberts into fourth.

Meanwhile, team mate Elinor Barker began her Omnium competition. She finished 3rd in her first event, the Flying Lap, and followed with a 4th in the Points race. She then came 2nd to Australia's Taylah Jennings in the Elimination round. She will go into day 2 of the Omnium in 2nd place, with three events remaining.

Great Britian win their second medal at the Junior Track Worlds. Amy Roberts competed in the Points race to take a bronze in the event.

Taylah Jennings of Australia led the event, taking the gold with rival Sophie WIlliams of New Zealand taking the silver.

Amy competed in the Points race at the European Championships in Anadia, Portugal earlier this year finishing in fifth place with 10 points. The result at the Junior Track World Championships shows her progression, finishing in the bronze medal position with 14 points and 3rd in the final sprint.

Amy Roberts collects her bronze medal in the Points race

This is Amy's second medal of the competition, after taking bronze in the Junior Women's Team Pursuit yesterday with Elinor Barker and Hayley Jones.

Amy will compete in the Scratch race tomorrow at the Junior Worlds.

The team qualified for Team Pursuit third fastest earlier in the day, with a time of 3:30.841. Elinor Barker, Amy Roberts and new addition Hayley Jones set a new British National Record in qualifying, shaving over 3 seconds off the time set at the European Championships by Barker, Roberts and Lucy Garner that made them European Champions. 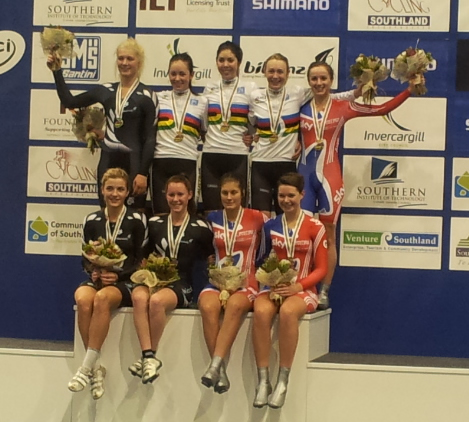 Great Britain on the podium with Australia and New Zealand

They faced tough competition from Australia and New Zealand, who qualified above Great Britain. Australia set a new World Record of 3:24.372 clinching the title from rivals New Zealand who set a time of 3:30.795.

Amy Roberts will return to the track tomorrow in the Points race and Scratch race on Friday. Elinor will begin the Omnium on Friday and both Elinor and Hayley will compete in the Individul Pursuit on Sunday.