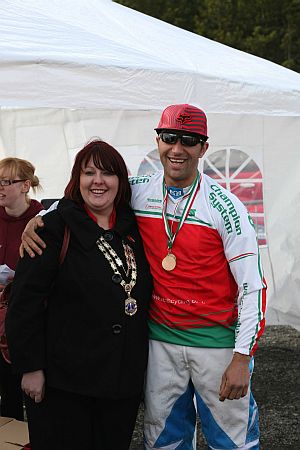 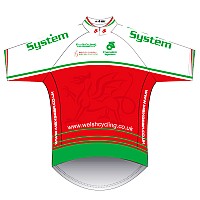 Champion System has joined forces with Welsh Cycling to support the Welsh National Champions' Jersey, which recognises the achievements of Welsh cyclists.

After the jersey was reinstated last year, riders will once again be able to proudly wear their jerseys in events all over the UK. The Champions jersey is important for the sport because it means that our champions get more than just title and they can be instantly recognised.

The Welsh ‘National Champion's' jersey signifies the winning athlete within their event, across the various disciplines of Welsh Cycling. This currently includes Olympic and Commonwealth disciplines of Road (circuit and road race), Mountain Bike (cross country), Track and BMX, along with Champions in Downhill Mountain Biking, Cyclo-cross, Speedway and BMX on a National level.

Past winners of the Welsh Champions jersey include World Team Pursuit (Track) Champion and Olympic Champion competitor Geraint Thomas, plus Olympic Games and World Cup Champion Nicole Cooke along with current Welsh Road Race Champion Rob Partridge. Rob has a been a regular top 10 finisher in the Premier Calendar events in 2009 and the jersey was often seen at the head of the peleton

Michael Heaven, events and communications officer said," Welsh Cycling is really pleased that Champion System has offered to support the Welsh Champions jersey in such a big way. Wearing the champion's jersey is classed as a great honour and it will give a greater incentive to the riders - especially the younger riders to succeed and gain the recognition when presented with the jersey. This investment will raise the profile of our Welsh Championship events further and also inspire the next generation of future Welsh Champions."

Ciaran Dunne, company director of Champion System UK, added "Our sponsorship of the Welsh Champion's jersey provides an excellent vehicle for Champion System to announce its arrival in the UK team wear market. The Brand is delighted to have its products associated with Wales' top cyclists who continue to perform admirably in international events."