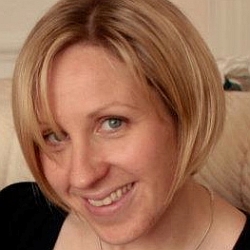 I picked up a few choice phrases in Gaelic at the Bealach Mor sportive, a couple of which were very apt during the Pedal for Scotland ride on Sunday. ‘Tha mo thòin goirt’ and ‘Dèan rudeigin ris an toiseach’ which translate as ‘my arse hurts’ and ‘do some work on the front!’

Unfortunately both themes applied for a large proportion of the 110 mile course.

Don’t get me wrong, it was a good event. It was my first ever century and it was always going to be tough. If you’ve ever looked at a map of Scotland you will know that there is not a great distance between Glasgow and the capital city - although both East and West Coasters alike know the two are worlds apart! Pedal for Scotland is the largest mass participation bike event in Scotland with somewhere in the region of 8000 people riding either the 48mile challenge route or 110mile sportive route. I did the short route last year which is relatively flat but rather laborious with the sheer number of inexperienced riders taking to the challenge and with lack of experience comes lack of group riding knowledge so the course ends up like a scene from Saving Private Ryan - I’ve never seen so many crashes before.

I don’t think it would be a daft idea for the pre-race information pack to have a few pointers on group etiquette and basic calls to inform riders how to remain safe and respect others riders - it would certainly make for a quieter day for the first aiders and ambulance crews. On the basis of that and the need to ‘up the ante’ as it were, I opted this year for the long way round. The sportive route heads South East through 7 different local authorites and via the Southern Uplands on the way back up to Edinburgh. We did at one point wonder if we were riding to Carlisle or Edinburgh when we hit Abington and crossed over the M74. I can also inform you that of those 7 local authorities not one of them knows how to maintain a road surface - hence the sore arse.

We set off from the start point on our home turf of Glasgow Green and the first 8miles of the route were a warm up as the timing chips didn’t kick in until we were off the stop-start urban roads. For once the temperature was pleasant and despite being overcast for the majority of the day we did remain dry, something of a novelty for me! Feed station 1 was located at Loudon Academy 25miles into the ride and was busy with riders stocking up on bananas, bars and gels. I was a bit disappointed that despite being advertised in the pre-ride manual there were no hydrate solutions available and stupidly I had not brought along my own powders or tabs so water had to suffice once my first bottle was empty.

Setting off from the school we were straight into a fairly brutal climb and then onto narrow lanes across a patchwork of farmland. There were some difficult gradients to conquer and I passed many riders already off and pushing at mile29. I realise the route was taken this way to try and keep it as traffic free as possible but the lack of danger from cars was made up for in the slurry strewn tarmac outside the numerous farms we passed and the gravel skimmed surfaces on boxed in descents - to be honest a fairly dangerous section and it wouldn’t have gone amiss to have some warnings in place of these approaching hazards.

The roads we did encounter on this section were poorly surfaced and combined with the headwind made for some difficult riding, mainly uphill. Ross and I grouped up with a couple of other guys to share the load on one particularly windy bit and we made up some good time, only for it to be eaten away from us by some not so gracious wheelsuckers in the 10miles before lunch. I’m all for crouching in behind someone for some respite but always make sure i do my turn, yet for a whole 10 miles we had three guys on our wheel who said not a word and just sat there as the two of us kept swapping the lead. I eventually asked if someone wouldn’t mind coming up and helping out at which point they just fell back so we stuck the hammer down and grumped on to our lunch stop! Perhaps I should have asked in Gaelic.

There was ample pasta salad and sandwiches to go round which was much needed fuel for the 40 miles to the next stop, seeing as the pre-event email said the feed station would be at mile70 and it didn’t actually appear until mile90 so i was thankful of my overfill at lunch. A few cheeky gradients really tested my legs on the run over from Douglas to Carnwath and the hill at Carmichael which got up to 18% was an especially sore one but I was pleased that I made every hill without stopping or walking where many others had admitted defeat.

I’ll not lie - from mile92 to mile98 I struggled. I was tired, I was sore, I was generally grumpy and it fell to Ross once again to encourage me and help me keep the pedals turning. I gritted my teeth and was glad when my garmin showed I had surpassed my first tonne as I knew the end was in sight and the descent from Balerno into Edinburgh with a tailwind was tremendous fun. We finished the ride outside Murrayfield after riding through the stadium itself which is always quite something.

I was especially touched to see my brother waiting for me at the finish line - a keen rider himself and the person who first introduced me to the world of cycling, he had been a team player for the day and helped some work colleagues on the challenge route. They had finished many hours before I did but he waited to give me a congratulatory hug on ticking off another cycling milestone. 493 people finished the sportive of which less than 30 were women. I’d love to think that the summer of sport we have just witnessed will encourage far more girls to take up the challenge of the long distance events as it remains such a male dominated environment. On the plus side it’s the first time I’ve ever seen a queue for the boys’ toilets and an empty ladies’!! I must make a special mention for our club captain Andy Dobinson and club stalwart James Murray who went out guns blazing and finished inside the top 10 with a mightily impressive course time of 5hrs35mins - and then rode back to Glasgow again! Chapeau lads, chapeau!

Did I enjoy it? Of course I did - it was a challenge and challenges aren’t meant to be easy. Yes, there are a few things that could be improved upon by the event organisers for next year mainly in getting the information provided correct and pointing out hazards on the route. Would I do it again? Yes I would - this will always be an even to close to my heart as it is the first one I ever completed with GGCC and I’m a glutton for punishment!