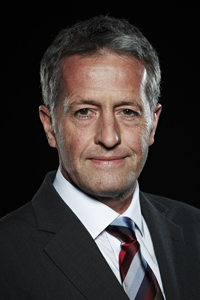 Last week’s announcement of a huge new cycling festival for London in 2013 caused a quite a stir. Combining an opening day of traffic-free cycling for all in central London and a second day of a challenge/sportive event sharing the roads with a major international Road Race, the festival brings together a perfect storm of cycling in the capital city and constitutes a major legacy of the Olympic Games.

For many cycling fans, it’s that second day which really draws the eye. British Cycling’s Cycle Sport & Membership Director, Jonny Clay, pictured right, has been close to the project since its inception and he outlines the next steps as the event begins the 20 month process of moving from concept to delivery:

“The GLA, in particular, London and Partners, OPLC and Transport for London are leading on this event and following last week’s announcement, the emphasis now moves on to finding a delivery partner – effectively a promoter – to manage the event.”

“An application process that will lead to final tenders to find the preferred delivery partner for this amazing event has now begun, once they are in place, the event can then be taken to the UCI, with the aim of gaining the highest possible category/status on a preferred date for the Road Race.”

“We will be working with our colleagues at the UCI to develop the event and the sportive which will run alongside it. British Cycling’s role in the whole process is to help and advise, something we have been doing since the project’s inception.”

“We have a close working relationship with the UCI and they trust us and know the way we operate. We, in turn, understand the need to follows the UCI’s processes and protocols as the new event takes shape. I think the race and the sportive have the potential to develop until they are on a par with the world’s biggest cycling events.”

“The Sportive ride is looking really exciting, closed roads, using the same roads as the Pro’s, huge potential participation – and more than likely over many of the key sections of the Olympic Road Race route. There are some attractive models out there, combining Sportives with elite competition all of which will be considered in detail by the organisation and other key stakeholders, either way its going to be very exciting”

“But, for now, the emphasis is on finding the right delivery partner and with many of the biggest names in event promotion, within cycling and beyond already involved, the application for inclusion in the UCI’s Europe Tour calendar will, I am sure, be a very strong one.”