FIND AN EVENT NEAR YOU

If you are looking to take part in a cycle event or want to watch the best in the world compete then the British Cycling Event Calendar is the place to go. You can search by location or date to find the event that suits you, whether it’s your first sportive or you are heading to Glasgow to 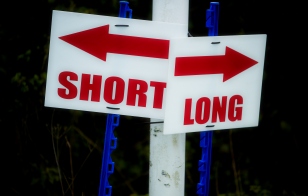 Ride London is a cycling challenge like no other through the closed roads of London and the Surrey Hills next summer. Just hours before the world’s top cyclists race the RideLondon Classic, 20,000 cyclists will have the chance to cycle a modified version of the London 2012 Olympic Road Race.

In April Manchester hosts the first round of the 2013 UCI Supercross series in the state-of-the-art indoor BMX arena at the National Cycling Centre, home of British Cycling. Competition takes place across April 19th & 20th.
Tickets are due to go on sale in early 2013, details will be posted on britishcycling.org.uk, or if you're already a British Cycing Member, keep an eye on your weekly member news for details of exclusive ticket offers

Keep updated with news and events from British Cycling

Get involved in cycling