Newport lifted this year’s Gold Cup for the league’s top three teams after beating Exeter by two points at Exeter’s track, a young Poole team battled hard but were down on strength on the day. 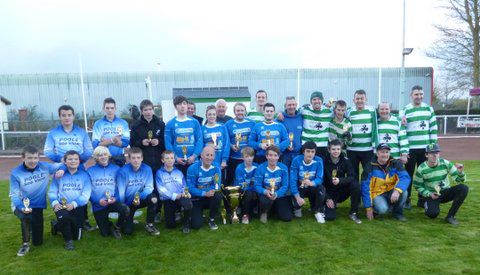 Home team Exeter were missing Reed and Stone with Newport without Harrold and Lewis, so it was an even looking meeting on paper and this is what happened with The welsh team securing victory with a Davies/ Evans maximum heat win in the penultimate race which started great scenes in the welsh third of the pits.