Rising star Robbie Hassan defends his title at the Arthur Campbell Memorial Road Race on Saturday knowing that a good result will revive his challenge for the Scottish Power Renewables Sup6r Six title.

The 75 mile race will be contested over four and a bit laps of the Stewarton circuit, south of Newton Mearns, using the A77, a course that has hosted the Drummond Trophy and was also the venue for the 2010 Scottish Road Race Championships.

The multi-lap format means that spectators will be able to see the riders pass on several occasions and race organiser David Lang said, "The start/finish area is really the best place to watch the action as it is on a hill and is one of the few parts of the route where the riders will be going fairly slowly." 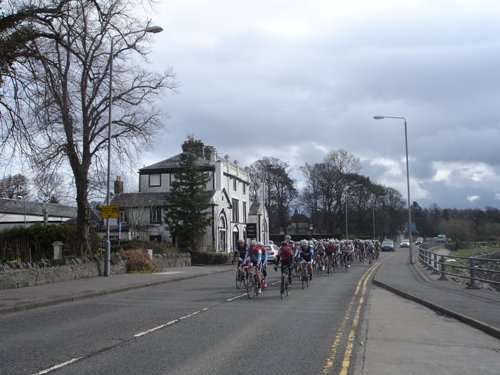 The race is the penultimate round of the Sup6r Six series for A riders, and the day's programme also features round four of the B competition. Hassan, who took the honours last year while competing in the colours of host club Glasgow Wheelers, is now riding for the Endura/Pedal Power Development Team and displayed his talent with a win in the opening race of this year's series at Gifford.

He will line up alongside his team captain David Lines, winner of the inaugural Arthur Campbell event in 2008. If Hassan is to repeat last year's victory, he will need to oust James McCallum (Rapha Condor-Sharp), who has built up a comfortable lead in the Scottish Power Renewables series, with three consecutive successes.

He will also have to contend with a top class field that features a strong squad of elite riders from the Herbalife/Wheelbase team in the shape of Richard Bott, Dillon Byrne and Andrew Coupe. Also making the trip to take part in the event is Matt Kipling (Team Raleigh), while multi New Zealand champion Jason Allen (Subway Cycling) will take advantage of his visit to Scotland to reacquaint himself with several familiar faces, having raced in Scotland four years ago.

The race gets underway at 11am, five minutes before the start of the B event which will be fought out over 47 miles.

Team Leslie Bike Shop/Right Move Windows and Edinburgh Road Club both field big squads for that event, which has attracted a full field of 80 riders. There will also be a strong representation of junior riders, while, Laura Murray (Velocity44Stirling) and Jenny Stanning (Edinburgh RC) will battle it out for the honours in the women's category.

The race remembers the contribution of Arthur Campbell MBE, who was the Scotland's greatest cycling administrator, a prominent official with the UCI and a member of Glasgow Wheelers from the 1930s until his death in 2007. In 1952 he played a key role in setting up the Scottish Cycling Union, and served as its president for more than three decades.

He was well-respected for his contribution to cycling and the assistance he offered to the likes of a young Robert Millar in becoming established on the continent. Arthur Campbell received several honours in recognition of his work for the sport and was awarded the UCI Merit Badge and British Cycling Gold Badge of Honour in addition to his MBE. Saturday's race has all the ingredients for a worthy memorial.