James McCallum (Rapha Condor-Sharp) made it a hat trick of wins in the Scottish Power Renwables Sup6r Six Series when he took the honours in the fourth event, the David Bell memorial road race hosted by Ayr Roads CC.

McCallum, who had shown good form during the previous week with two top finishes in the Halfords Tour Series, stormed away from the field in the final seven miles of the gruelling event to build a winning margin of 1 minute 33 seconds at the line. 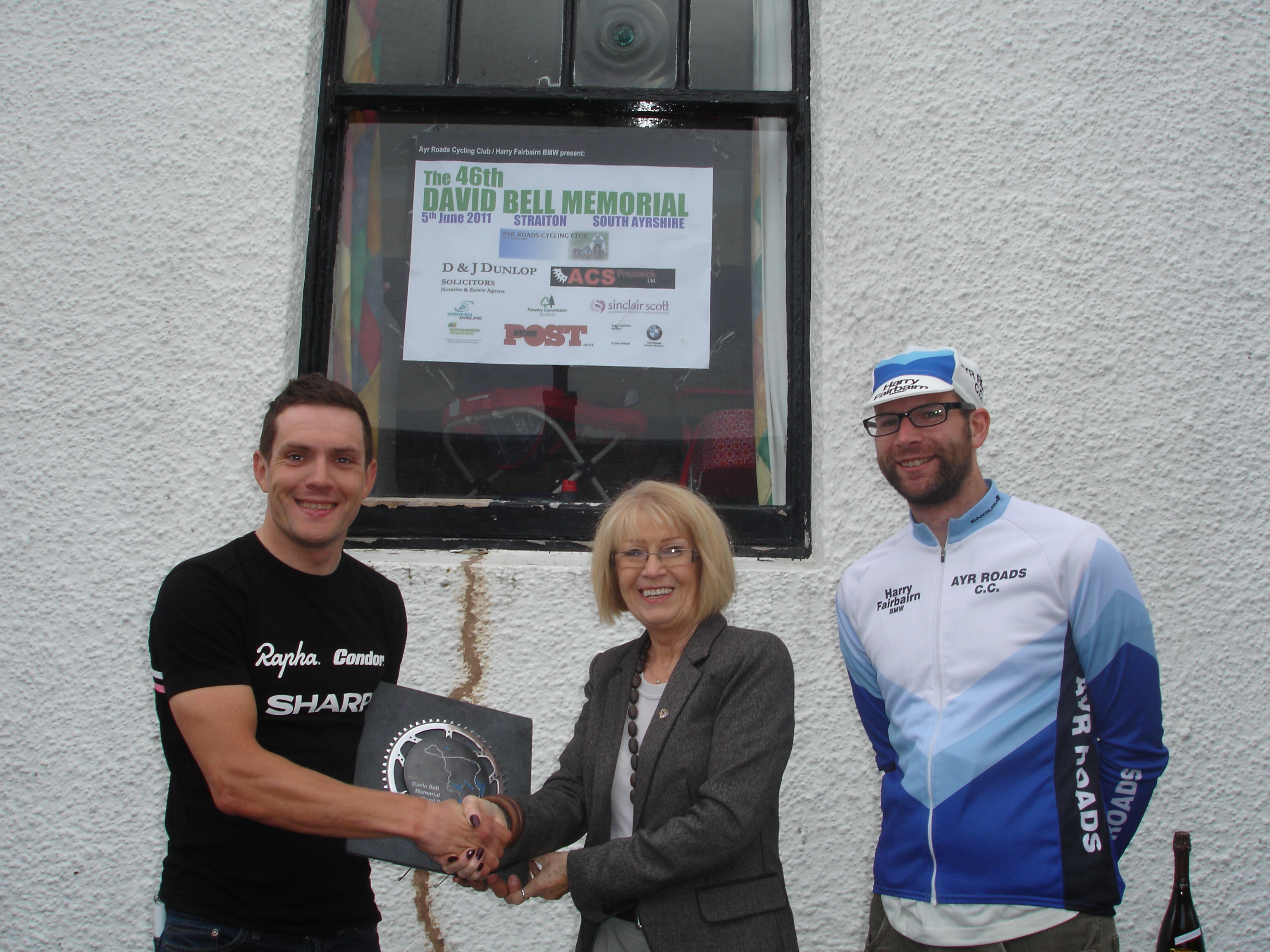 The 46th edition of the David Bell race had something of a continental flavour, with the addition of a gravel section of forest road that featured in each of the two large laps which followed a short opening loop to make up the 74 mile route.

And McCallum had his tactics spot on, deciding that the best way to avoid problems on the rough surface was to be at the front. While admitting that the going was tough, he praised the efforts of event organiser Chris Johnson.

"I was so impressed with the course. I thought it was brilliant. It is just so cool", McCallum enthused. "You need to really pay attention and concentrate. There were guys puncturing everywhere because the stones were so sharp and you had to really pick your line. It was so important to be at the front. I loved it."

The race started at a rapid pace although there was an unscheduled pause after 7 miles when the commissaire halted proceedings to issue a reminder about dangerous riding.

However, the pressure was reapplied almost instantly and a group of five were sharing the pace making duties as the field entered the Galloway Forest Park. Even before the gravel section, the service vehicles were repeatedly called into action and the toll of punctures continued to mount as the road quality deteriorated, with local rider Paul Rennie (Dooleys RT) and Ian Taylor (Herbalife Wheelbase), one of the elite riders in the line up, among the victims.

By the time the leaders passed through Straiton and headed into their second large lap, the leading group had already formed, with McCallum, Peter Murdoch (Cyclelane) Scott Macrae (Leslie Bike Shop/Right Move Windows) and Callum Wilkinson (Endura RT) to the fore. Murdoch lost touch after suffering a puncture but made a massive effort to re-join the leading trio.

And it was no surprise when McCallum made his move after the Tairlaw hill section and he quickly built a substantial lead which had grown to more than a minute by the time he powered his way up the final climb and into the main street of the picturesque village of Straiton to take the plaudits of the spectators.

"I looked back and I had 20 metres then I looked back again and it was 100 metres so I just kept pushing. I was pretty chuffed with that", explained McCallum.

The three pursuers were locked together as they rounded the final bend and Murdoch was rewarded for his effort in battling back from his earlier problem when he pipped Macrae on the line, while Wilkinson's fourth place confirmed his recovery from an illness which has hampered his progress this season.

McCallum, who is now well on track to lift the overall Sup6r Six title, had little time to celebrate his latest success before starting his build up to round five of the Tour Series in Stoke on Tuesday.

"The form is good. Hopefully I can hang onto it for another few weeks", he added. "I want to dedicate this to my wife. I always forget to mention her and sadly her granddad died yesterday."