Round 3 of the British XC Series meant a long but successful trip to the South of England this weekend for a great weekends racing at Wasing Estate near Reading. 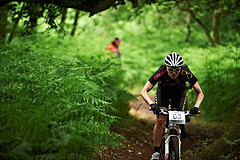 many of them trying to qualify to ride for Scotland at the UK School Games in September the racing was going to be fierce.

First up were the youth boys and highlander Iain Paton (Square wheels) finally made it to the top step of the podium after a near miss at Dalby. Following him in 4th and 6th respectively were Ben miller (Nevis cycles) and Ross Wilcox (i-cycles) Stuart Wilcox (i cycles) was unlucky to puncture whilst at the head of the race with Iain at the start of the second lap. In the youth girls, Lucy Grant (PCC) was back on form after a spell of injury finishing a fine 2nd to National Champ Alice Barnes, (Motorpoint) Fellow Scot Jenna Fenwick (Stewartary Wheelers) and Isla Short (PCC) were 3rd and 5th respectively.

The Juveniles provided another win in the shape of Calum Magowan (PCC) who rode a solid race to make it three win's out of three in the National Series this year. Erica Allen (Wallace Warriors) proved to be the sensation of the girl's race making up a huge amount of ground on young Welsh talent Ffion James pushing her all the way to finish only 13 seconds down at the end of the race. 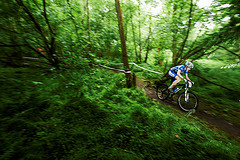 wo World Cups. He didn't disappoint and rode to a fine victory. Tom Evans (Square Wheels) maybe inspired by Grants achievements rode a fantastic race to take 3rd spot in only his first year in the category, surely one to watch out for in the future! For the Junior girls in was a case of last lassie standing as first Beth Crompton (Halesowen) and then Katy Winton (Kinesis) had bike trouble. Hannah Ferguson (WXC), ever present took advantage of this and rode home for the win with Katy recovering from her mechanical to take second spot.

Full results and report can be found here.

The next Round of the series in only 2 weeks away and will be at Margam park in Wales. Details can be seen here http://www.britishxc.com/